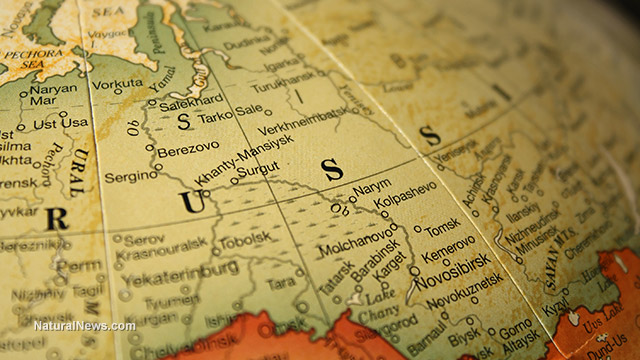 In an effort to promote self-reliance and good land stewardship, the Russian government is planning to grant every Russian citizen who wants it one hectare of land in its vast Far East territory for free, as long as these landholders use their land for farming, self-sufficiency and/or other legal uses.

At present, the territory is said to be home to about 6 million people, a number that has been steadily decreasing in recent years. Once the land grant program is put into effect, however, the government estimates that about 30 million people could flock into the region.

“Free land grants [are] a powerful potential for developing our Eastern territories and an opportunity to radically – almost six fold – increase the far eastern population from 6.4 million to 36 million people,” stated Alexander Galushka, the minister of development for the Far East.

A government survey has shown that a vast majority of interested Russians have indicated they plan to use their land for self-reliance. Others declared their intent to become farmers, while a few merely wanted to relocate to somewhere else. After a five-year probationary period, land occupants will be given full ownership of their land in perpetuity.

While some critics are skeptical of the program’s effectiveness, citing a Russian land-voucher scheme in the 1990s which ended up granting large blocks of land to a few rich tycoons, a number still believe this program could benefit a lot of average Russian citizens. Nevertheless, Russia’s efforts are a far cry from the United States government’s attitude when it comes to land ownership.

Rather than allowing Americans to privately own their land, federal bureaucrats in the U.S. are actually stealing land from rural citizens in an attempt to force all Americans into densely packed urban enclaves, under the Agenda 21 umbrella. The government “aims to ‘rewild’ the vast majority of U.S. territory by forcibly relocating people out of their homes and into government micro-managed cities. The federal government already owns nearly half of the land area in nine U.S. states, it turns out, and U.S.A. Inc. is progressively eating up more of it with each passing day.”

“Rewilding is ultimately about property rights,” explains Kelly O’Connell for Canada Free Press. “In transferring large tracts of land (a.k.a. Big Wilderness) into government hands it thereby cancels any rights of the original owners.”

“This is, in fact, the entire goal of rewilding large, dangerous carnivores—to take away mankind’s property rights to big parcels of land so the elite caste might macro-manage earth according to their dictates.”