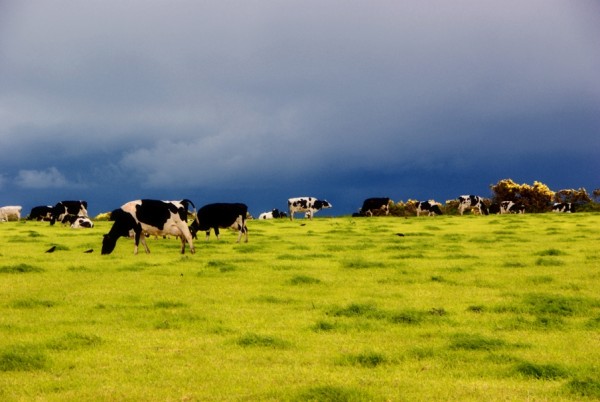 Raw milk producer David Hochstetler is finally free to do what he does best: farm and raise animals. Six years ago Hochstetler found himself at the center of an investigation by the U.S. Food and Drug Administration the Department of Justice for distributing raw milk through an organic food co-op, a program where the public pays a monthly fee and in return receives raw milk and other dairy products.

Hochstetler, of rural Middlebury, Ind., began being harassed by federal officials after they suspected his farm of being the source of a 2010 bacteria outbreak in Michigan; however, an investigation by a county sheriff failed to yield evidence substantiating those claims.

Officials with the FDA and DOJ visited the farmer’s property on several occasions in which they orchestrated warrantless searches, some occurring as frequently as every two weeks, compared to typical inspections which ensue about once a year.

In addition to his harassment, the DOJ subpoenaed Hochstetler to a grand jury in Michigan, instructing the farmer to provide production documents, reports Goshen News. The farmer eventually grew tired of the feds constantly arriving on his property unannounced, digging around where they didn’t belong, so he placed a phone call to Elkhart County law enforcement, prompting Sheriff Brad Rogers to intervene.

Though the dispute happened in 2011, the story has yet again gained traction following Sheriff Rogers’ response to a Question and Answer series called “Ask the Sheriff,” which is published by Goshen News, a local Ind. newspaper. The questioner asked the sheriff about his involvement with Hochstetler and his friction with the feds.

Sheriff Rogers replied, describing the day he first received a phone call from the distressed farmer who communicated to him the problems he was having with the feds. After looking into his food co-op, the sheriff “concluded that no one was getting sick” from Hochstetler’s sale of raw milk.

“It appeared to be harassment by the FDA and the DOJ, and making unconstitutional searches, in my opinion. The farmer told me that he no longer wished to cooperate with the inspections of his property.”

Siding with the U.S. Constitution, which bars warrantless searches, Sheriff Rogers decided to take action by sending an email to the DOJ trial attorney. He wrote:

I understand that you have made recent requests to (the farmer) for documents and to appear before a grand jury, and he has had a number of inspections and attempted inspections on his farm within Elkhart County. This is notice that any further attempts to inspect this farm without a warrant signed by a judge, based on probable cause, will result in federal inspectors’ removal or arrest for trespassing by my officers or I. In addition, if any further action is taken by the federal government on (the farmer), while he is in Elkhart County, I will expect that you or federal authorities contact my office prior to such action. I will expect you to forward this information to your federal associates, including the FDA.

Just six days after Sheriff Rogers received a phone call from Hochstetler, the DOJ issued a certified letter dismissing the farmer from appearing in court.

“Now, over four years later, the FDA inspectors and the DOJ, have not returned to the property since I interposed for the farmer. Some have suggested it was my interposition that caused the feds to stand down. I have no way of knowing this for sure, but the evidence would suggest so,” wrote the sheriff.

“Your local elected officials to include commissioners, county and city councils, mayors, police chiefs, state reps and state senators, governor and sheriffs can stem the tide of federal overreach if they apply just a little backbone in supporting and defending the Constitution. Expect it! Demand it!

“Some bloggers and natural food writers have hailed me as a hero. I’m no hero. I’m just doing my job. Whether you are conservative or liberal, I will be a guardian of the Constitution for you, and will not stand idly by while the rights of citizens of my county are trampled, whether by criminals or an overreaching government,” the sheriff wrote humbly.

The ordeal was frightening, and had the sheriff not had his back, Hochstetler’s Forest Grove Dairy may not be in existence today.