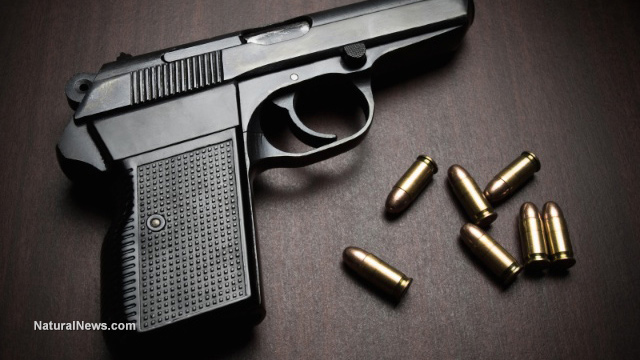 In the wake of recent terrorist attacks in Jerusalem and elsewhere in Israel, government officials have eased gun control guidelines in an effort to allow citizens to protect themselves.

Following the November attack by Palestinian terrorists on a synagogue in Jerusalem in which five people were killed, Public Security Minister Yitzhak Aharonovitch announced that he would relax restrictions on the carrying of firearms.

Aharonovitch was quoted as saying:

The decision to ease the restriction stems from recent events and the need to strengthen the sense of security among the general population and due to the recent terrorist attacks that have struck us.
Issuing permits will be done responsibly and with scrutiny and discretion, and in keeping with the approved criteria.

Within days, after discussions with Israeli police and ministry officials, Aharonovitch approved the new guidelines, which went into effect on November 20.

Under the new licensing guidelines, Jerusalem, along with 41 other cities, towns and local councils (including West Bank settlements) was added to the list of areas designated as “high risk” or “high priority” – areas in which residents will now be more easily able to obtain firearm permits.

In these areas, residents who are able to meet certain criteria – including firearm instructors, reserve officers or soldiers who served in elite combat units – will be able to receive gun permits. Security guards will now be able to carry their weapons home after their working shifts and citizens with older state-issued weapons will be allowed to trade them in for newer ones.

Israel considers gun ownership a privilege, not a right

Unlike the United States, where carrying a firearm is considered a right, Israel treats gun ownership as a privilege and only issues permits to those who meet specific requirements. Under the new guidelines, police security branch commanders can review and approve applications on a case-by-case basis.

Traditionally, restrictions on gun ownership in Israel are quite strict – permits have only been issued to law enforcement and security personnel or those who live in areas where the government considers the ownership of firearms a necessary precaution.

To receive a permit, the applicant must be over 21, a resident for at least three years, and have undergone mental and physical exams. In addition, the permit seeker is required to pass a background check and take shooting courses at a state-licensed gun range.

Once the permit is issued, the holder may obtain a single firearm and 50 rounds of ammunition from a licensed gun dealer. Other requirements include renewing the license every three years by retaking the exam and passing a test at a gun range. Permit holders must also provide proof that they have a safe at home in which to store the weapon.

The escalation of tensions between Israel and Palestine over recent months has led to a cycle of violence which has claimed the lives of thousands of Palestinians and a handful of Israelis.

Although the deaths on either side of the conflict have been extremely disproportionate, Israelis are fearful following the synagogue incident and another recent attack in which a Palestinian rammed his car into a crowd of pedestrians, killing an Israeli teenager and police officer.

It is interesting to note the contrast between attitudes in the United States and Israel – when violent attacks occur in the U.S., there is typically an outcry among many citizens demanding more restrictions on gun ownership. In Israel, the opposite seems to be the case.