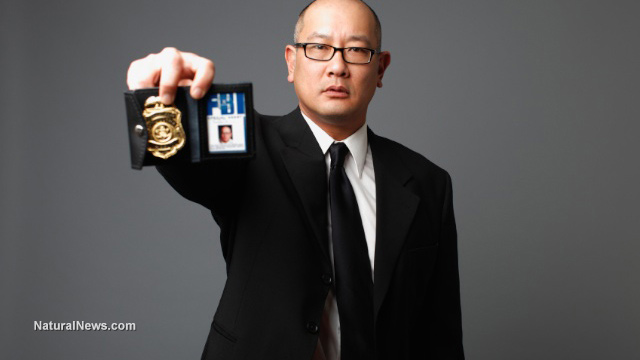 At perhaps no other time in the history of our country have Americans — even some very well-connected Americans — lived under fear of our government. Ironically, in many ways, our government has become more paranoid — paranoid of We, the People — which has accounted in large part for its rising hostility towards the masses.

Consider some of the most recent evidence. The Internal Revenue Service has been unleashed against political opponents of President Obama and his party; mainstream media reporters have been spied upon by the FBI and the NSA; mainstream media reporters have been targeted and even prosecuted under “espionage” laws for reporting secret information (like NSA spying!) about which the public has a right to know; federal agencies have overreacted (with brute force) against American citizens (like Cliven Bundy in Nevada and the people of Boston following the marathon bombings) in situations that did not call for overwhelming brute force; and so on.

Without question, Obama’s government increasingly views ordinary Americans as threats. As Michael Snyder writing at The Daily Sheeple noted, “Our government has become kind of like a crazy rich uncle that is constantly spying on everyone else in the family because he believes that they are ‘out to get him.'”

In fact, Snyder has assembled a list of more than dozen signs proving that we Americans are now living in a time of maximum federal government paranoia. Here are some of the most telling signs:

— The media is being targeted: This is truly breathtaking, considering that the mainstream media is as liberal as it gets — just like the current administration. But even some of the MSM’s outlets employ politically agnostic reporters who care more about stories — and their role in keeping the government honest — than about politics. One of them is Sharyl Attkisson, a former investigative reporter for CBS News (now writing at The Daily Signal). In her just-released book, Attkisson documents how Obama’s government spy agencies targeted her personal and work computers after she began revealing major discrepancies between the administration’s version of events regarding the Benghazi attacks Sept. 11, 2012, and what really happened the night a U.S. ambassador and three other Americans were killed there. (Full disclosure: I am reading her book and it is chilling.)

— Perpetual emergency: The U.S. government has been in a declared “state of emergency” since the earliest days of the Iranian hostage crisis in 1979. In fact, that “emergency” remains in effect — nearly four decades after the fact. So do emergencies declared since then, including the 9/11 emergency, declared by George W. Bush and renewed a half-dozen times by Obama (a declaration which forms the core basis for the ongoing “war against terror”).

— Government is tracking you — probably: Nearly one of every three Americans adults has a file in the FBI’s criminal database, The Wall Street Journal reported October 20. In fact, the report said, teens in high school are being turned over to police more often than at any time in our nation’s history, most for doing things that school children have always done. WSJ summarized it this way:

A generation ago, schoolchildren caught fighting in the corridors, sassing a teacher or skipping class might have ended up in detention. Today, there’s a good chance they will end up in police custody. …

Over the past 20 years, prompted by changing police tactics and a zero-tolerance attitude toward small crimes, authorities have made more than a quarter of a billion arrests, the Federal Bureau of Investigation estimates. Nearly one out of every three American adults are on file in the FBI’s master criminal database.

You can read the rest of Snyder’s list here.