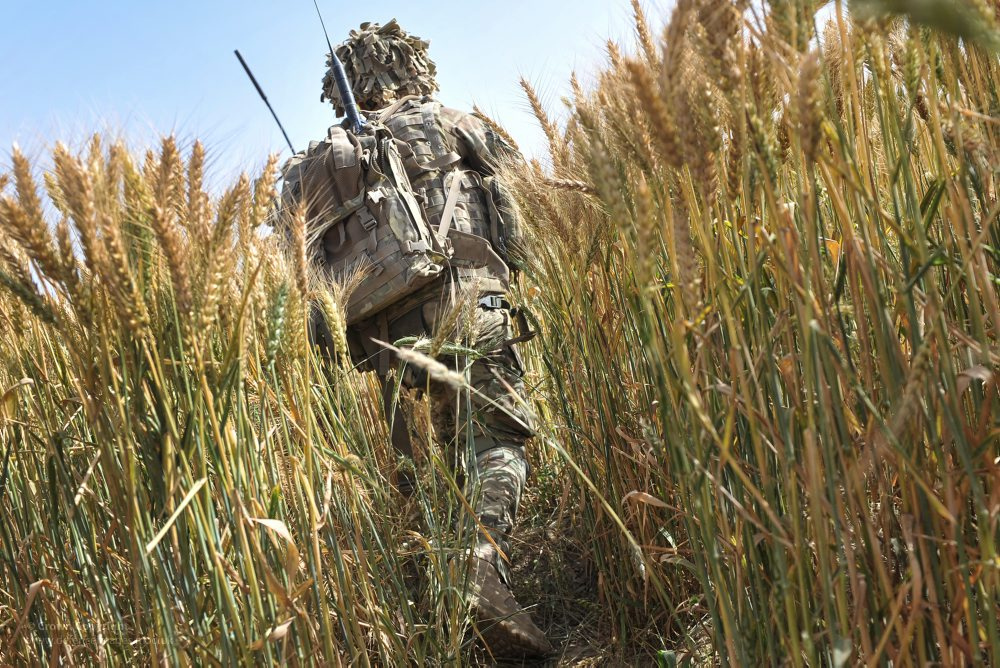 (Bugout.news) You’ve probably seen movies where some guy is strolling about, either on a city street or in some remote location, when suddenly, out pops a team of well-organized operators to snatch him up and haul him away.

What those movies don’t show is the time and preparation it took that team to successfully snatch the target. Now granted, in a chaotic situation you’re most likely just going to be hanging back and letting the chips fall where they may because you and your loved ones have prepared for it.

But from the get-go you’re going to have to take some security measures in order to remain safe, and that will require some training, guidance and cooperation. In fact, working as a team is vital.

With that in mind, no one seriously expects you to become an Army Ranger or a Navy SEAL. Rather, you can learn some basic patrolling techniques quickly, safely and easily that will serve you well when it comes time to providing your camp or bugout site (which could even include your neighborhood) with an additional layer of security.

As noted in Army field training manuals, there are a handful of things that don’t change from scenario to patrolling scenario:

— Provide maximum protection of the group

As you can see, simply moving from Point A to Point B is one thing; but if you encounter an enemy, you’ll have to maneuver your group into a position to either defend itself and your position or go on the offensive. More on that later.

Regardless of which formation you will use, do these things before you ever move out:

— Check your gear/equipment for proper function

— That includes your communications equipment – make sure batteries are fresh, the devices work, etc., and have spare batteries with you

— Go over your patrol plan as a group, so everyone knows their role

— Discuss what to do in case something happens, like you run into another group, you get ambushed, etc. – have a rally point (a point where you will all meet up if you get split up)

— Try NOT to get split up; there is more power in a group than several individuals

Now, different formations for movement exist for different purposes. But for the purposes of this post, we’ll keep it basic:

Different formations exist for different purposes. But for the purposes of this post, we’ll keep it basic: Single file: Use this formation if you’re merely moving from one point to the next, but only if your group is relatively small, say 12-15 people. You’ll want to stay spread out – at least 7-8 yards in between each person; bunched up groups are easier targets. You may consider sending members out several yards to your left and right flanks, to provide additional security. Terrain may even dictate this. Whomever is on “point” – that is, the first person in the column – sets the column’s pace, but it should not be too fast for the slowest member or two slow as to be exposed too long.

This is the easiest formation to control, as long as the group leader can communicate with the lead person, and is generally a quicker formation. Disadvantages include an inability to project full power forward, and its length can mean team members closer to the rear will find it more difficult to bring fire to bear up front if attacked.

Double column: This formation provides better firepower up front of the column if you need it. Also, your flanks are automatically better protected than in a single file. It’s easier to clear a larger area more quickly, too. Disadvantages are that double columns can be slower and more difficult to control.

Wedge: Easier to control, even during limited visibility or rough terrain, and it secures your group’s front and flanks at the same time. A disadvantage is that rear elements are required to clear their own paths forward and provide rear security.

This is definitely a skill you should practice as often as possible. There are professional organizations that teach organization and movement, control and communication, of small groups, but between the Internet and the publications you can download online, you can certainly learn a great deal on your own. The main thing is to know where everyone in your group is at all times, where you’re going, and what to do in the event of an emergency. You figure these basic steps out and you’ll be way ahead of the game.