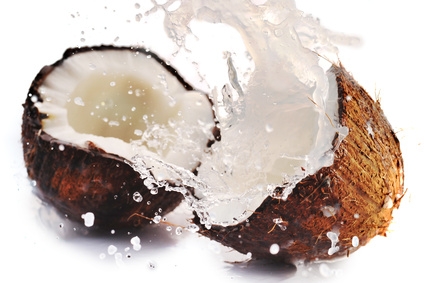 After being vilified for years as a “heart attack oil,” coconut oil has now been acknowledged as a healthy addition to one’s diet.

Starting around the 1950s, defaming coconut oil and saturated fat was part of the creation of low- and no-fat foods, margarine and hydrogenated trans-fat-filled cooking and salad oils, which have recently been proven as actually detrimental to overall health.

The different types of triglycerides in fats

High-triglyceride blood readings are red flags for obesity, diabetes and heart health issues. Most dietary fats contain long-chain triglycerides (LCT), which are not easily metabolized and can be stored as fatty deposits in one’s body.

As we age, the brain’s ability to metabolize glucose for energy decreases, especially for those who have a metabolic disorder or insulin resistance. But MCT-created ketones can be used as cellular fuel in the brain when glucose is not available.

A 2004 study published in Neurobiology of Aging found that MCTs like those found in coconut oil improved cognitive function among older folks with memory problems and even Alzheimer’s disease.

Twenty test subjects were randomly fed an MCT treatment or placebos on different days. Some in the Alzheimer’s group demonstrated improved scoring on a special Alzheimer’s cognitive rating scale, and all of them demonstrated better paragraph recall shortly after taking each dose of MCTs. Take note: The improvements were seen as quickly as 90 minutes after ingestion of the MCT treatment.

Given the astonishing results generated by the study, why hasn’t it gotten the mainstream media coverage it so rightly deserves? Well, at that time, Big Pharma was trying to synthesize and patent a ketone-body-producing pharmaceutical for the Alzheimer’s disease market, the profits for which are projected to increase exponentially in the coming decades. Put two and two together, and you get the picture.

Around 2009–10, Dr. Mary Newport’s husband had deteriorated from Alzheimer’s so badly that he couldn’t draw a simple illustration of a clock or perform daily functions without being micromanaged.

Since the Alzheimer’s drug developed in 2004 was not effective, Dr. Newport tried to get him into a trial for a new Alzheimer’s drug. But he was so bad off that he didn’t qualify.

After discovering that this new drug was a synthetic version of MCTs for creating ketone bodies and improving brain function, she researched and realized that palm and coconut oils also contained MCTs.

After feeding her husband coconut oil, he started making an astonishing recovery from almost total dementia to being able to start and finish tasks and remember people and events.

Dr. Newport observed that only two doses were sufficient, while the pharmaceutical version required doses every three hours.

Come to think of it, if Dr. Newport had enrolled her husband into that 2009–10 Alzheimer’s drug trial, she could have lost him completely.

The drug trial at that time was halted early because of nine deaths among those taking higher doses.

Dr. Newport’s success with coconut oil just proves how much more effective natural remedies are over expensive and harmful pharmaceuticals. Cheap, effective and accessible to many — coconut oil, once deemed the “heart attack oil” years back, has definitely proven itself to be the go-to remedy for some of today’s most harmful diseases.