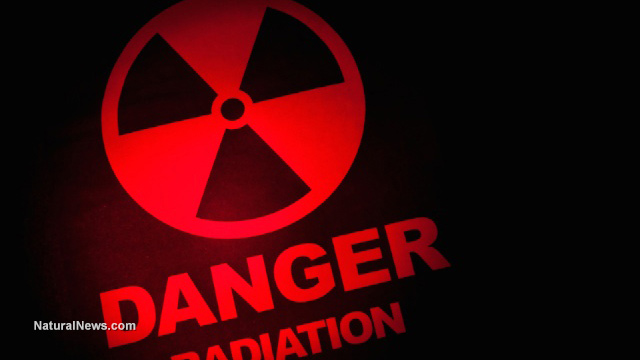 Silently lurking within the confines of Japan is one of the biggest threats to human civilization not many has probably even heard of — the Fukushima nuclear power plant.

Mike Adams, the Health Ranger, warns that the facility’s Reactor No. 4 is on the verge of a catastrophic failure that could turn our planet into a “dead zone.” Read as he details the growing danger in Fukushima below:

“The resulting releasing of radiation would turn North America into a ‘dead zone’ for humans… mutated (and failed) crops, radioactive groundwater, skyrocketing infant mortality, an explosion in cancer and infertility… this is what could be unleashed at any moment from an earthquake in Japan. Such an event could result in the release of 85 times the Cesium-137 released by the Chernobyl catastrophe, say experts (see below). And the Chernobyl catastrophe made its surrounding regions uninhabitable by humans for centuries.

“Yet, astonishingly, the usual suspects of deception are saying absolutely nothing about this problem. The mainstream media (the dying dinosaur media, actually) pretends there’s no problem with Fukushima. President Obama says nothing about it. Federal regulators, including the NRC, are all but silent. It’s as if they think their silence on the issue somehow makes it go away.

“Perhaps these professional liars in the media and government have become so used to idea that they can simply spin their own reality (and get the public suckers to believe almost anything) that they now believe they can ignore the laws of physics. That’s why they have refused to cover the low-level radiation plume that continues to be emitted from Fukushima.

The fate of the world now rests on reactor No. 4

“‘It is no exaggeration to say that the fate of Japan and the whole world depends on No.4 reactor.’ – Mitsuhei Murata, Former Japanese Ambassador to Switzerland and Senegal, Executive Director, the Japan Society for Global System and Ethics

“Mr. Murata’s stunning statement should be front-page news everywhere around the world. Why? Because he’s right. If reactor No. 4 suffers even a minor earthquake, it could set off a chain reaction of events that quickly lead to North America becoming uninhabitable by humans for centuries to come. Imagine California, Oregon and Washington states being inundated with radiation — up to 85 times the radiation release from Chernobyl. We’re talking about the end of human life on the scale of continents.”

“The executive branch and multiple federal agencies, agencies tasked with keeping the American public safe, did their best to hide and to cover-up information about a deadly radioactive plume and ensuing fallout that was headed for the West Coast of the United States from Japan,” Tony Muga wrote in an article for The Intel Hub.

Muga then wrote, “The evidence obtained in the FOIA request indicates that right from the start, the NRC had a clear idea of the significance of the disaster that was unfolding, but concealed the truth from the American public. The results of the plume and fallout can be measured in the rise of infant mortality rates: cells of unborn and newborn children are dividing at a much higher rate than those of a mature adult, thus the amount of damage is greatly increased and hence more detectable. Conservative estimates place the number of stillborn following the Fukushima accident at over 18,000.”

The cover-up of the radioactive plumes still being emitted from Fukushima is now being called “Plume-Gate.”As Muga explains, “It is this author’s opinion that any media source not shouting about Plume-Gate as loud as they can are likely controlled by the powers-that-be.”

Learn more about this cover-up and how to raise awareness on this life-threatening issue by visiting FukushimaWatch.com.