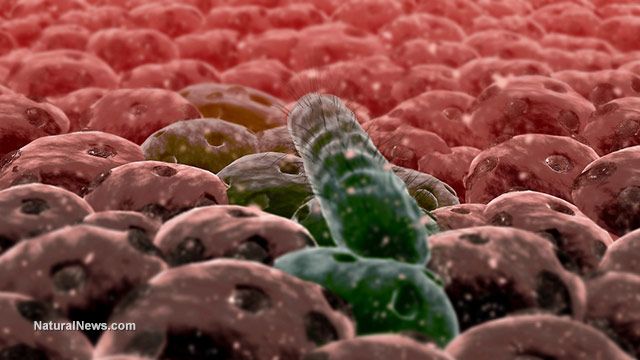 The number of cancer diagnoses around the world has increased so sharply that the disease has now nearly knocked off heart ailment as the number one killer in the United States. Approximately one in three people are said to be at risk for developing cancer. Recent data have also shown that cancer claims at least 576,691 lives per year, or nearly 23% of ALL deaths.

Experts often disagree as to the real cause of cancer, aside from obvious unhealthy lifestyle choices, such as smoking and alcohol. While there may be varying scientific opinions regarding this, a recent discovery has emerged that points to a single fungal infection as a possible cause for this deadly disease.

A simple fungal infection can cause cancer

According to The Home Medical Encyclopedia, in 1963, about 50% of all Americans suffered from an “unrecognized” systemic fungal infection. The cause of this infection has been attributed to several factors, some of which are antibiotics, birth control pills, excessive processed sugar and grain consumption, heavy metal contamination, xenoestrogens, alcohol, smoking and chronic stress. These factors, combined with diets severely deficient in active enzymes and probiotics, have paved the way for one of the most prevalent fungal infections to date — Candida albicans.

How does a fungal problem like Candida lead to an eventual cancer diagnosis?

According to Dr. Robert Young, “Bacteria, yeast/fungi, and mold are not the cause of a cancerous condition but are the result and the evidence of cells and tissues biologically transforming from a healthy state into an unhealthy state.”

He further observed that “over-acidification of the body leads to the development of chronic yeast and fungal infections and ultimately a cancerous condition of the cells and tissues.”

Further backing this theory is the understanding that yeasts like Candida are anaerobes, meaning they generate energy in the absence of oxygen. Once in the blood stream, they can colonize certain areas of the body and reduce oxygen levels. As a result, local cells switch their energy system from oxygen-based to one that does not utilize oxygen at all. Now, if you haven’t put two and two together just yet, just remember that back in 1931, Otto Warburg was awarded a Nobel Prize for informing the world that oxygen is the enemy of cancer cells.

Furthermore, it has been shown that beneficial bacteria in your intestine are known to direct up to 85 percent of your immune response, to release anti-cancer vitamins from your food and even to produce a compound (sodium butyrate) which causes cancer cells to self-destruct. A systemic Candida infection would severely impair the function of beneficial bacteria.

Johns Hopkins found that itraconazole, a drug commonly used to treat toenail fungus, can also block angiogenesis, the growth of new blood vessels which allows metastases (spreading of cancer throughout the body) to occur. The Mayo Clinic has also confirmed that cancer can be caused by a fungus, or accompanied by late-stage fungal infections.

Knowing all these facts, would the prevalence of cancer nowadays really come as a surprise to anyone?  How many times have you:

Any ONE of these things can facilitate Candida overgrowth. Furthermore, a systemic Candida infection cannot be easily remedied  — recent changes in your lifestyle are not likely to help that much once you’ve contracted the infection. It can take years of having a healthy lifestyle and a diet rich in enzymes and probiotic-dense foods to completely eliminate Candida.

“Prevention is better than a cure,” they say. Cliche or not, the idea behind this saying will always hold true. If you want to know more about Candida and how to prevent it, do your homework. Live a healthy lifestyle and, of course, educate yourself with the latest news about clean and healthy living.