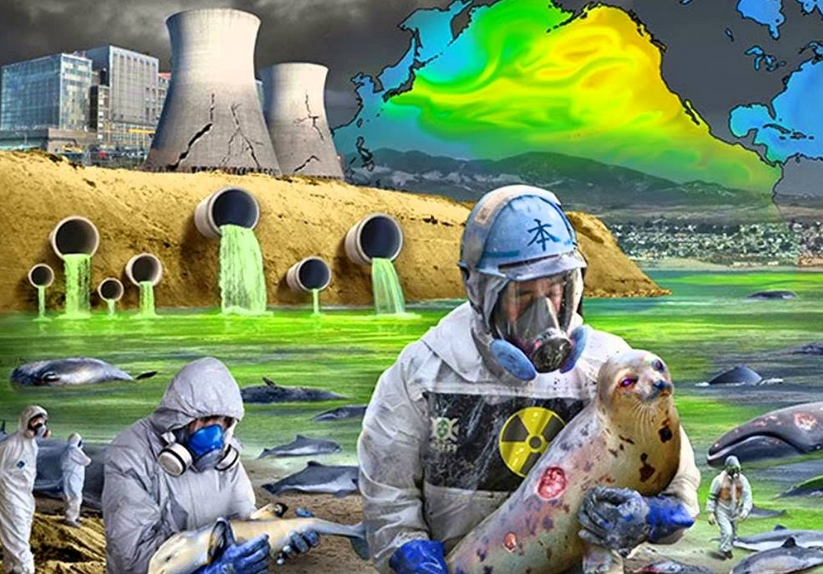 Five years after the meltdown of Japan’s Fukushima Daiichi Nuclear Power plant, three former top executives of the Tokyo Electric Power Company (TEPCO) have been indicted on charges of criminal negligence, according to The New York Times.

“The three executives — Tsunehisa Katsumata, 75; Sakae Muto, 65 (no relation to Ruiko Muto); and Ichiro Takekuro, 69 — are accused of failing to take measures that would have protected the nuclear plant from the damage the tsunami wrought,” the New York Times reported.

Katsumata is the former TEPCO chairman, while Muto and Takekuro worked as heads of the plant’s nuclear division, reports the Times.

The former executives claimed it was impossible for them to foresee the disaster, which was invoked by a powerful earthquake that triggered a 15-meter tsunami, resulting in the meltdown of three of Fukushima’s Daiichi reactors and the displacement of 100,000 residents. More than 40 people were killed; however, countless individuals will forever be impacted by radiation-induced disease.

But critics argue they could predict the meltdown. Some engineers pushed for the 30-foot sea wall protecting the plant to be built higher, aware that a tsunami could produce waves higher than its height.

“They know that measures were necessary, but for economic reasons they did nothing,” said Yuichi Kaido, a lawyer and politician supportive of a citizen effort aimed at bringing charges against the former TEPCO executives.

Fortunately, citizens were given recourse via a “rarely used” law that allows them to form committees that are able to “examine prosecutors’ decisions on whether to indict suspects,” reports the Times.

“Prosecutors in Japan rarely lose; about 99 percent of indictments end in guilty verdicts. But their record in cases forced on them by citizens’ review panels is much weaker. Almost by definition, such cases involve charges that prosecutors saw little hope of proving, and legal experts say most end in acquittals.”

“Two such committees revived the Fukushima case, and both determined that the Tepco executives should be criminally charged.”

One of the committees includes the Fukushima Nuclear Disaster Plaintiffs Group, created by nuclear power opponent Ruiko Muto. “This is a relief for the tens of thousands of victims who are still dealing with hardships and anguish,” said Muto in response to the indictments. “It’s wrong that no one has taken responsibility.”

TEPCO has been accused of failing to respond to the disaster in a timely fashion. According to the Times, the tsunami destroyed the three reactors in March 2011, but it wasn’t until May that TEPCO disclosed to the public the extent of the damage.

A few weeks ago, TEPCO “said it had belatedly ‘discovered’ an internal company manual containing standards and procedures for measuring radiological accidents. Had it followed the procedures, it said, it would have had to classify the accident immediately as a meltdown event. Critics accused the company of a deliberate cover-up,” the New York Times stated.

“I think it will become clear in the trial just what kind of facts the government, the parliamentary inquiry and prosecutors have been hiding,” said attorney Kaido.

The impacts of Fukushima are still spread wide and far, impacting humans, wildlife and the environment. Studies suggest the radioactive disaster is to blame for population decline and genetic damage in animals, insects and wildlife living nearby when the radioactive material was released.

As far as the actual town of Fukushima goes, only 440 of its 8,042 residents have returned, according to Reuters, and they’ve done so reluctantly. Most expect the region to go instinct due to its inability to produce food, or rather, clean food.