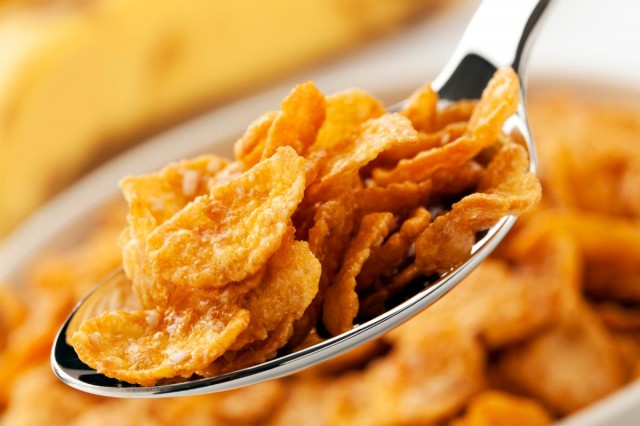 Now that the whole world is aware that glyphosate is “probably carcinogenic to humans,” thanks to an announcement made by the World Health Organization (WHO), health-conscious customers are now becoming more aware of the ill effects this chemical has on humans.

Despite the rising awareness on the issue, however, most people remain ignorant to the fact that commercial wheat products are saturated with glyphosate before harvest. They think glyphosate is only used on genetically modified crops like corn and soybeans; it turns out, however, that glyphosate is routinely used on wheat crops as a drying chemical to speed up harvesting.

In other words, the commercial wheat products you’re buying are more likely than not saturated with deadly, cancer-causing glyphosate. This includes:

• Commercial loaves of bread sold at the grocery store
• Donuts, cakes and pastries
• Pasta products (spaghetti, noodles, etc., that are made with wheat)
• Hamburger and hotdog buns
• Wheat-based breakfast cereals such as wheat flakes
• Biscuits, scones and flat bread

Essentially, much of the entire non-organic wheat-based food supply is now heavily contaminated with glyphosate, a toxic chemical widely recognized as being genotoxic (damaging to your DNA and potentially leading to cancer). As such, to make sure you’re safe from glyphosate and its chemical brothers and sisters, it’s crucial that you choose certified organic products.

“[N]ew figures analysed by the Soil Association were released at a scientific briefing in London showing glyphosate use in UK farming has increased by 400% in the last 20 years and it’s one of the three pesticides regularly found in routine testing of British bread – appearing in up to 30% of samples tested by the Defra committee on Pesticide Residues in Food (PRiF),” reports the Soil Association.

Wheat crops are sprayed multiple times with glyphosate before harvest

Wheat crops are sprayed with glyphosate not just once, but often thrice, before harvest. This douses the wheat with a known cancer-causing chemical, saturating the crop and causing the glyphosate to be present in the finished food products.

Peter Melchett, Soil Association policy director, explained: “If glyphosate ends up in bread it’s impossible for people to avoid it, unless they are eating organic… This is why the Soil Association is calling for the immediate ending of the use of glyphosate sprays on wheat destined for use in bread.”

The glyphosate sprayed on wheat crops ends up in your food. When you eat glyphosate-sprayed wheat, you inevitably absorb this cancer-causing chemical into your own body.

“[T]his chemical doesn’t break down immediately, and can follow the grain into food manufacturing processes,” explains the Soil Association. “Tests by the Defra committee on Pesticide Residues in Food (PRiF) have found that as much as 30% of UK bread contained this weedkiller. UK wheat will also be used for lots of other foods including biscuits.”