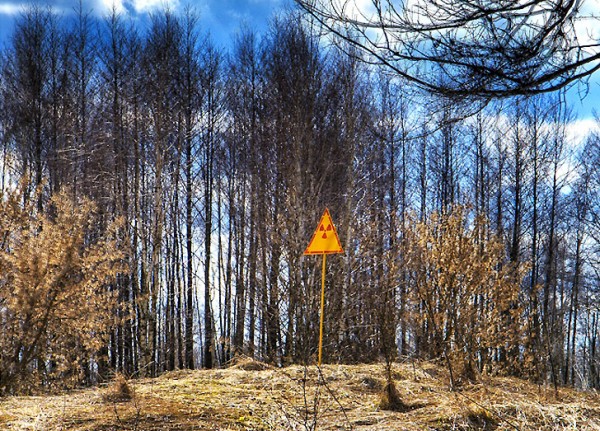 The conservation group Greenpeace issued a warning Friday that the havoc the Fukushima disaster has wreaked on the environment is beginning to become manifest and will persist for years.

Nearly five years ago, a magnitude 9.0 earthquake launched a tsunami off the coast of Japan, which crippled three nuclear reactors at the Fukushima Daiichi power plant. Radiation spewing from the power plant forced thousands of people to evacuate their homes. The incident was regarded as the worst nuclear accident since the 1986 Chernobyl disaster.

The five year anniversary of the Fukushima disaster is rapidly approaching. Greenpeace found that signs of genetic mutations and DNA damage were exhibited by nearby worms and trees. According to the report, their has been an “apparent increases in growth mutations of fir trees, … heritable mutations in pale blue grass butterfly populations” as well as “DNA-damaged worms in highly contaminated areas.”

Fukushima radiation still poses a threat to nearby communities

Decommissioning the Fukushima site has been a slow and tedious process. Many residents are just now beginning to return home. However, the International Atomic Energy Agency recommended that clean up efforts for severely impacted areas in the countryside be completely omitted.

Authors of the report state that their findings are based on research published in peer-reviewed international journals; although, “most of the findings in it have never been covered outside of the close circles of academia” claimed report author Kendra Ulrich.

Authorities have been trying to get residents to return home. In addition, despite widespread public protest, the Japanese government has been trying to restart their nuclear reactors, which were shut down following the disaster.

The Japanese government has a history of downplaying the severity of the disaster. These efforts have only intensified as the five year Fukushima anniversary approaches, according to Ulrich.

“In the interest of human rights — especially for victims of the disaster — it is ever more urgent to ensure accurate and complete information is publicly available and the misleading rhetoric of these entities challenged,” she said.

Scientists found that rates of genetic mutations and deformities have increased among butterflies since the Fukushima disaster. Physical abnormalities linked to radiation from the power plant included deformed wings, malformed antennas and abnormal spot patterns. Nevertheless, the scientists behind the reports caution that more research is needed on the effects Fukushuma radiation has had on animals in general.

Scientists and doctors have failed to acknowledge a link between Fukushima radiation and an increased risk for leukemia. Regardless, a report released last year found that children living inside the Fukushima Prefecture had a 300 percent increased risk for thyroid cancer than children living outside the Prefecture. In addition, The Tokyo Electric Power Company (TECPO), the company responsible for the power plant, finally acknowledged last year that the cancer of an employee at the power plant was caused by Fukushima radiation.

In a statement released last month, TEPCO stated that a public declaration of the meltdown should have been made just days after the catastrophe. They did not disclose that the meltdown had been going on for nearly two months.

“TEPCO failed to prevent a multiple reactor meltdown, and five years later it’s still an ongoing disaster. It has no credible solution to the water crisis they created and is failing to prevent the further contamination of the Pacific Ocean,” the statement reported.

Authors of the report worked with scientists at the independent laboratory Chikurin-Shya in Tokyo and ACRO in France. The radiation survey is the 25th report that the organization has conducted since the Fukushima disaster which occurred in March 2011.