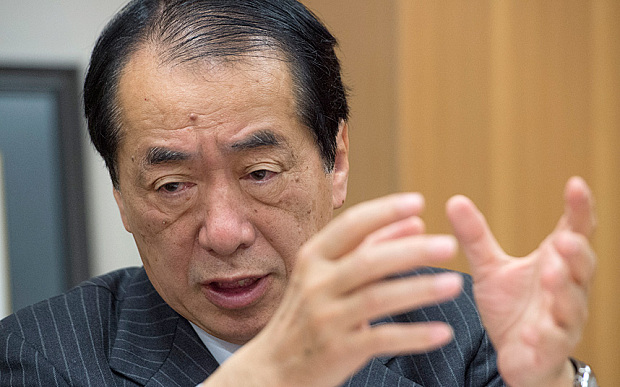 This Friday marks the five-year anniversary of the Fukushima disaster. In March 2011, a massive earthquake off the coast of Japan triggered a tsunami that crippled three nuclear reactors at the Fukushima Daiichi power plant. Although five years have passed since the debacle, no one is sure what long-term impact the Fukushima disaster will have on the environment and the public, as both TEPCO and the Japanese government have consistently downplayed the severity of the disaster.

The mainstream media has largely ignored the Fukushima disaster. The power plant continues to pump out a steady stream of toxic waste into the ocean everyday. Nearby communities exposed to toxic levels of radiation will never be the same again. Many people are just now beginning to return to the Prefecture. TEPCO officials are scrambling to decommission the power plant before another earthquake sends the Fukushima site spiraling into oblivion.

A catastrophe of apocalyptic proportions

Although the Fukushima disaster has been regarded as the worst nuclear catastrophe since the 1986 Chernobyl incident, it could have been much worse. In an interview with The Telegraph, Japan’s former Prime Minister Naoto Kan admitted that Japan teetered on the brink of a disaster of apocalyptic proportions during the Fukushima crisis.

“When we got the report that power had been cut and the coolant had stopped working, that sent a shiver down my spine,” Mr Kan said. “From March 11, when the incident happened, until the 15th, the effects [of radioactive contamination] were expanding geographically.

“From the 16th to the 20th we were able to halt the spread of radiation but the margin left for us was paper-thin. If the [fuel rods] had burnt through [in] all six reactors, that would definitely have affected Tokyo.

“From a very early stage I had a very high concern for Tokyo. I was forming ideas for a Tokyo evacuation plan in my head. In the 1923 earthquake the government ordered martial law – I did think of the possibility of having to set up such emergency law if it really came down to it.

“We were only able to avert a 250-kilometre (160-mile) evacuation zone [around the plant] by a wafer-thin margin, thanks to the efforts of people who risked their lives. Next time, we might not be so lucky.”

If the Fukushima power plant had been completely decimated, it would have brought about the end of Japan. Evacuating 50 million people has never been attempted before. The reverberations of the Fukushima disaster wouldn’t have been bound to the people of Japan, but would have wrapped around the entire globe.

Radiation from disaster reaches the West

Another noteworthy feature of the five-year anniversary of the Fukushima disaster is that radiation from the accident is now increasingly bombarding the West Coast. Over the past five years, the massive radiation plume spewing from the power plant has crossed the Pacific Ocean.

Last December, scientists detected the highest levels of radiation from Fukushima taken to date off the coast of California. These reports just so happen to coincide with a surge in beached marine life, including whales and sea lions, on the West Coast.

Authorities claim that Californians shouldn’t be worried about the contaminated water because the radiation has become diluted by the ocean. The problem is their is no “safe” level of radiation. Exposure to traces of radiation has an accumulative effect, which can take years to manifest.

Although five years have passed since the Fukushima disaster, conservative estimates suggest it will take decades to clean up the power plant, which is more than enough time for another earthquake to completely destroy the site. And if the Fukushima power plant is destroyed by another quake, then Mr. Kan’s apocalyptic nightmare could become a reality.