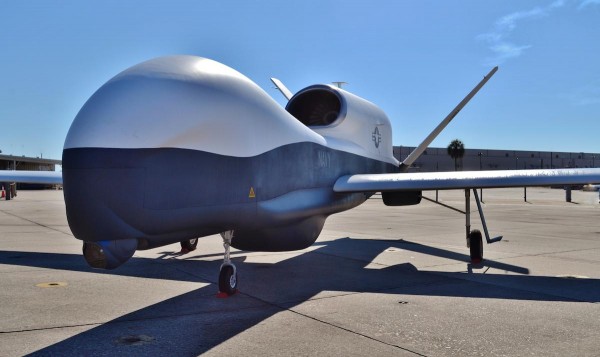 The Defense Department made a shocking admission on Wednesday, though judging by the news cycle few in the media business riffed on it for very long.

As initially reported by USA Today, the Pentagon said it has deployed drones in skies above the United States to spy for non-military missions, but attempted to justify the massive intrusion into privacy by claiming that such flights were rare and lawful.

According to a report issued by the Pentagon’s inspector general, which was made public under a Freedom of Information Act request, spy drones on non-military missions have been ordered less than 20 times between 2006 and 2015, ostensibly in compliance with existing law.

The report, which did not provide details on any of the domestic spying missions,  said the Pentagon takes the issue of military drones used on American soil “very seriously.”

The Pentagon has publicly posted at least a partial list of the drone missions that have flown in non-military airspace over the United States and explains the use of the aircraft. The site lists nine missions flown between 2011 and 2016, largely to assist with search and rescue, floods, fires or National Guard exercises.

Jay Stanley, a senior policy analyst with the American Civil Liberties Union, said while it may be good news to hear that no laws were violated, the technology is so advanced that laws are likely needing to be updated.

“Sometimes, new technology changes so rapidly that existing law no longer fits what people think are appropriate,” Stanley told USA Today. “It’s important to remember that the American people do find this to be a very, very sensitive topic.”

And how? Negative reactions to revelations by former NSA contractor Edward Snowden in 2013 that the National Security Agency and other government spy agencies were intercepting massive amounts of Americans’ private electronic communications are still reverberating across the country.

It should be noted that other federal agencies own and operate drones. For instance, the U.S. Border Patrol has used drones to patrol the U.S. Southwest border.

The use of unmanned aerial surveillance drones over U.S. territory surfaced the same year of Snowden’s revelations after then-FBI Director Robert Mueller told Congress that the bureau employed spy drones to help out during investigations, but said that they were used “very seldom.”

Not surprisingly, the Pentagon inspector general report was issued March 20, 2015, but was not released publicly until last week – and only after a FOIA request.

The analysis said that as drone technology advances along with its military application overseas, the Defense Department established interim policies and guidelines in 2006 for when and whether such aircraft could be used over U.S. soil. The interim policy allowed for the use of spy drones in U.S. skies for homeland defense and to assist civilian authorities.

“But the policy said that any use of military drones for civil authorities had to be approved by the Secretary of Defense or someone delegated by the secretary. The report found that defense secretaries have never delegated that responsibility,” USA Today reported.

The IG report quoted a military law review article that noted “the appetite to use them [spy drones] in the domestic environment to collect airborne imagery continues to grow, as does Congressional and media interest in their deployment.”

For the record, the Constitution’s Fourth Amendment provides that Americans “to be secure in their persons, houses, papers, and effects, against unreasonable searches and seizures, shall not be violated…”

In addition, 18 U.S. Code § 1385 – Use of Army and Air Force as posse comitatus – states: “Whoever, except in cases and under circumstances expressly authorized by the Constitution or Act of Congress, willfully uses any part of the Army or the Air Force as a posse comitatus or otherwise to execute the laws shall be fined under this title or imprisoned not more than two years, or both.”

Of course, someone would actually have to be charged first with this crime in order to be punished for it.