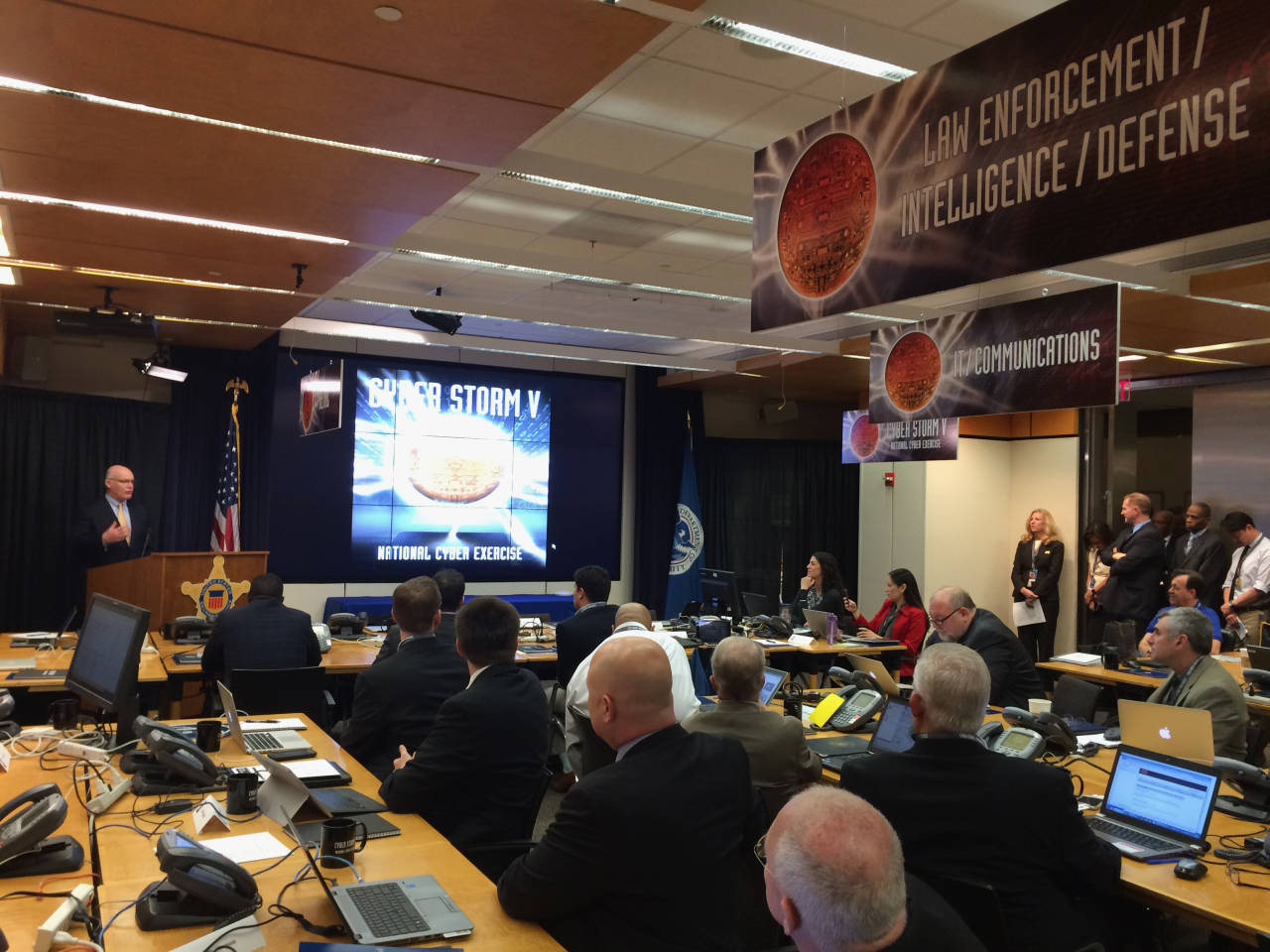 (Cyberwar.news) The U.S. Secret Service hosted a three-day exercise last week run by the Department of Homeland Security involving dozens of cybersecurity experts who gathered in an underground control room for a drill aimed at staving off the kinds of cyber attacks that have hampered health networks and retail giants recently.

As reported by The Associated Press, the 10-year-old exercises are becoming even more relevant in recent years as the government and the private sector both struggle to defend against hackers and cyber thieves.

More than 1,000 U.S. cybersecurity pros participated in the drills, which included testing how they would respond to attacks, according to Gregory Touhill, a DHS assistant secretary for cybersecurity protection. The professionals worked together in Washington, D.C., and around the country.

“Retail and health care have been in the headlines — and, frankly, in the crosshairs for a lot of criminals,” Touhill told the AP. Household names like Target Corp., The Home Depot, UCLA Health Systems and Anthem Inc. have all been involved in recent cyberattacks that compromised millions of their customers’ data.

U.S. officials did not provide any details about the attack scenarios that unfolded last week because they said doing so would tip off exercise participants. However, officials said the one overarching scenario interwoven into about 1,000 smaller events – spurred on by an email, a phone call or a news article – was that they could be indicators of a looming cyberattack.

Suzanne Spaulding, a top Homeland Security cyber official, told the AP that the “challenge is here and now.” She noted a “nightmare” scenario took place last December in the likely state-sponsored hack attack of the Ukrainian power grid, which left about 250,000 people without electricity in the dead of winter.

Secret Service Director Joseph Clancy described the event last week as a way to stay one step ahead of criminals who are taking advantage of new and emerging technology and upping their cyberwar game.

Officials from eight U.S. states – Wyoming, Missouri, Mississippi, Georgia, Maine, Nevada, Oklahoma and Oregon – as well as from five countries sent representatives to observe the exercises. DHS did not say which nations were involved.