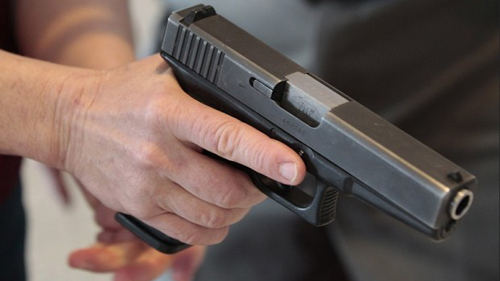 On March 9, an employee at a Florida business ran out to his car, grabbed his gun, then re-entered the business and confronted an alleged “active shooter,” stopping him “in his tracks.”

The incident occurred at B&L Landscaping in Jacksonville, where police say the alleged “active shooter” is “not a US citizen.”

According to CBS 47, 24-year-old Ezequiel Lopez allegedly opened fire on 55-year-old Andrew Little because he thought “Little disrespected him.” Police indicate that Lopez told them he allegedly planned the shooting because he felt Little “treated him differently that other employees.”

B&L employee Joshua Curry ran to his car to retrieve his own gun after hearing shouts of “active shooter.” He then ran back inside and confronted Lopez.

WOKV reports that witnesses say Curry “stopped the shooter in his tracks.”

Curry said Lopez allegedly told him to drop the gun, but he refused. Curry said, “He’s like, ‘No, you need to put the gun down.’ I was like, ‘That’s not gonna happen man. It’s not. You just killed someone. I can’t take my gun off of you. I can’t.’”

Andrew Little died from a single gunshot wound to the back, and Lopez was charged with murder.