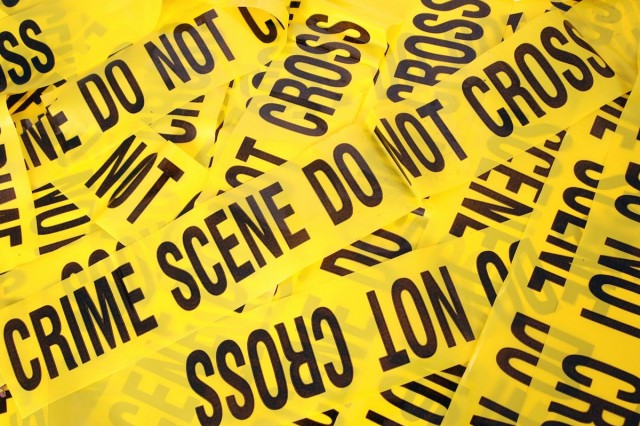 It’s cliché, of course, but true: It looks like crime really does pay, at least in the nation’s capital.

As reported by The Daily Sheeple and the Washington Times, the Democrats who run Washington, D.C., think a “crime bill” means career criminals should be paid so they don’t commit crimes. It’s like collecting a ransom from a city they never actually held for ransom.

In recent days the D.C. Council voted unanimously in approving a “sweeping” anti-crime bill that includes a “pay the perp” provision, ostensibly to keep them from committing crimes.

“One homicide in the District is one too many. We know that we cannot simply arrest our way out of crime; prevention is key,” said council member Kenyan McDuffie, Ward 5 Democrat. “This comprehensive bill is a step in the right direction.”

Well, the bill is a step in a direction, that’s for sure. Time will tell if it is in the right direction.

As proposed by Mr. McDuffie, the legislation aims take a health-based approach to quell violent crime rather than rely on incarceration for offenders who seek rehabilitation.

The legislation also would give the D.C. Department of Human Service and a newly created Office of Neighborhood Engagement and Safety a bigger role in preventing violence in the District.

In addition, the bill is a sop to more government: It establishes an Office of Violence Prevention and Health Equity, which will supposedly develop and implement a public health strategy using “cognitive and family-based therapy and service coordination to combat the spread of violence,” the councilman claimed.

More big government: Clinicians will be placed in all of the city’s hospital emergency departments so they can respond immediately to victims of crime, which McDuffie says will prevent violence escalation.

Supposedly there will be constant updates on the various programs to see if they are actually working.

“As I have said all along, the District should only fund programs that work,” McDuffie said. “I believe in evidence-based approaches and will monitor and review the effectiveness of each of these initiatives to ensure that District residents’ tax dollars are being spent in an efficient and effective manner.”

The measure’s pay-a-perp provision is based on a similar program in Richmond, California, another bastion of Left-wing lunacy.

Under the D.C. provision taxpayers would be on the hook for up to $9,000 a year to as many as 200 “at-risk” residents, provided they take part in a behavioral therapy program and, well, don’t commit crimes. Nine grand a year to not be a criminal is good work if you can find it, though realistically, it’s a little more than a monthly paycheck to many of the district’s residents.

Backers of the program insist it works because people respond better to rewards than to punishment.

“Punishment might get you to stop a practice, but that doesn’t persist,” Barry Krisberg, the University of California-Berkeley criminologist who helped devise the Richmond program, told The Washington Times last month. “If you want behavior to persist over time, rewards are the way to do it.”

Really, this probably should not surprise any of us, given that criminal and corruption activities have been rewarded for decades in the nation’s capital.

For one thing, it’s the only place in the country where bribery of public officials is not only legal but also encouraged. Only, it’s not called bribery, it’s called “lobbying.” As noted by OpenSecrets.org, which tracks such expenditures, the top lobbyists in 2015 spent more than $400 million, much of which went to perks for lawmakers and other officials. In all, more than $3.1 billion was spent lobbying last year, the organization reported.

Given that, it doesn’t look so crazy for the DC Council to pay criminals. After all, it’s an activity that has gone on for years in the halls of power.