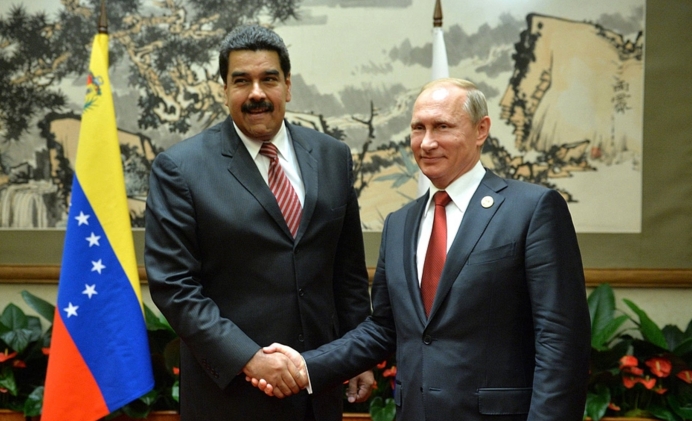 Venezuela is shutting down for a week as the government struggles with a deepening electricity crisis.

President Nicolas Maduro gave everyone an extra three days off work next week, extending the two-day Easter holiday, according to a statement in the Official Gazette published late Tuesday. Maduro had originally said over the weekend that the extended holiday would only apply to state employees.

The government has rationed electricity and water supplies across the country for months and urged citizens to avoid waste as Venezuela endures a prolonged drought that has slashed output at hydroelectric dams. The ruling socialists have blamed the shortage on the El Nino weather phenomena and “sabotage” by their political foes, while critics cite a lack of maintenance and poor planning.

“We’re hoping, God willing, rains will come,” Maduro said in a national address Saturday. “Look, the saving is more than 40 percent when these measures are taken. We’re reaching a difficult place that we’re trying to manage.”

Venezuela has long suffered rolling blackouts that cripple public services and leave citizens in the dark for days at a time. The extended break seeks to further ease demand on Venezuela’s strained power grid and follows a forced reduction of hours at shopping malls and public institutions.

During the Holy Week, Venezuelans traditionally abandon the cities, opting for a holiday on the shores of the Caribbean or in the Andean countryside. According to the decree, essential services would continue as normal and banks and tax collection agencies could adjust their hours accordingly.

Last week, the energy minister warned that water levels at the Guri Dam, one of the country’s principal sources of power, had reached critical levels. On Wednesday, however, he insisted Venezuela’s grid was not on the verge of collapse, but implored the private sector to heed the president’s call.

“They can indirectly abide by the decree, it’s a matter of cooperating,” Electricity Minister Luis Motta Dominguez said in a interview broadcast on the Venevision network.