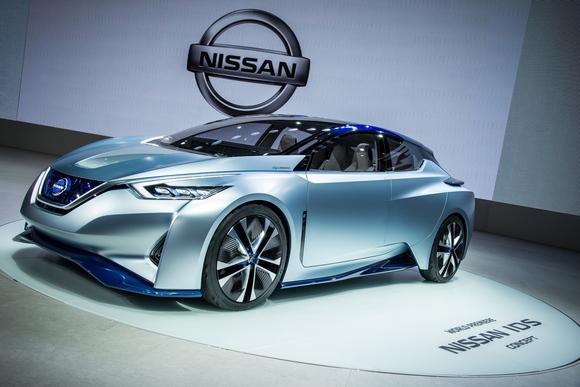 Renault-Nissan has confirmed plans to release more than 10 autonomous cars by 2020. The vehicles will be equipped with cutting edge technology that is “ installed on mainstream, mass-market cars at affordable prices,” reads the Renault-Nissan statement.

According to the Franco-Japanese company’s official statement, all ten vehicles will be launched in markets like the United States, Europe, Japan and China by 2020. The statement reads the cars will be equipped with connectivity applications, which will help people stay better connected to work, entertainment and social media networks. (1,2)

“Renault-Nissan Alliance is deeply committed to the twin goals of ‘zero emissions and zero fatalities. That’s why we are developing autonomous driving and connectivity for mass-market, mainstream vehicles on three continents,” Carlos Ghosn said, Chairman and CEO, Renault Nissan Alliance.(2)

Alliance to introduce new technologies into its models this year

The Renault-Nissan Alliance noted that the safety and efficiency of the company’s cars has greatly increased. Fatal and serious injuries for Nissan vehicles based in Japan have decreased by 61 percent in the last 20 years. In addition, fatal and serious injuries for Renault vehicles based in France have decreased by 80 percent with the last 15 years. With their eyes set on autonomous drive technology, the company hopes to further reduce driver errors that account for approximately 90 percent of all fatalities.(2)

The company is slowly introducing autonomous technologies into its models. This year, they will debut a “single-lane control” system, which enables the cars to drive autonomously on a single lane of a highway, even whilst driving in traffic.(1)

In 2018, the multiple-lane control system will be introduced to enable the vehicle to automatically shift lanes and evade unforeseen perils when driving automatically on the freeway. Two years later, the intersection autonomy function will be released, which will help cars to navigate through junctions and dense traffic in urban areas, without driver intervention.(1,2)

Furthermore, the company states they will debut a new automotive app for mobile devices sometime this year, which provides remote interaction with your car. In 2017, Renault-Nissan will offer an Alliance Multimedia System, equipped with unprecedented multimedia and navigation features, and well as cutting edge smartphone integration and wireless map updates. By 2018, the Alliance Connectivity & Internet of Things platform will sustain the new virtual Personal Assistant feature for individual and business customers.(2)

The pros and cons of autonomous vehicles

One of the benefits of autonomous vehicles is that they won’t get in as many accidents as human-driven cars. This is expected to reduce overall congestion, the number of auto body repairs and paint jobs. Nevertheless, the vehicles will inevitably get into collisions. According to the Insurance Institute for Highway Safety (IIHS), there has been a 7 percent decrease in crashes for cars with a basic forward collision warning system, and a 14 to 15 percent decrease for those with automatic breaking.(3)

Autonomous vehicles do not come without their fair share of challenges, however. A Virginia-based group funded by the Defense Department discovered that it is relatively easy to remotely hack into a driver-less car’s control system. Thankfully, however, the preventing of these attacks can be inexpensive.(4)

Then there are the ethical issues attached to autonomous vehicles. Sometimes, the intents of the driver may conflict with the intents of the vehicle. How should a car be programmed to act in the event of an unavoidable accident? Should it minimize the loss of life, even if it means sacrificing the occupants, or should it protect the occupants no matter what? Or, should it choose a middle ground between these extremes?(5)

Autonomous vehicles may be a reality as soon as 2020; however, with legal issues like these, self-driving cars face an uphill battle both on and off the road.