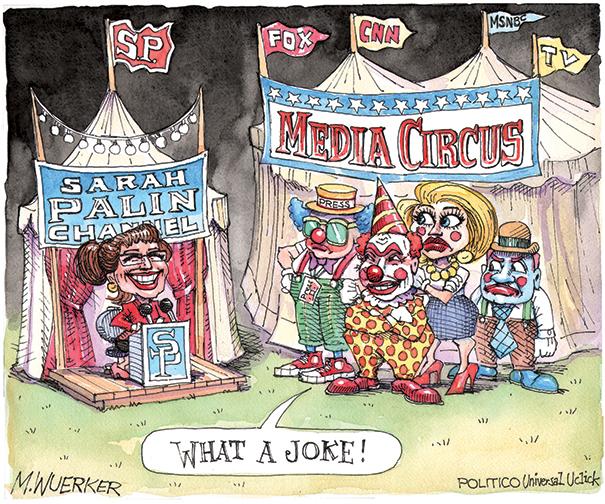 In what appears to be the latest reason as to why tens of millions of Americans no longer watch or rely on mainstream news, MSNBC demonstrated clearly how it became the least-watched of the mainstream cable news channels.

As reported by Breitbart News, on a recent Sunday evening following the most recent Democratic presidential debate between Hillary Clinton and Sen. Bernie Sanders, I-VT., the network inadvertently aired footage of NBC “journalist” Kristen Welker advising Clinton’s communications director Jen Palmieri the exact question she was planning to ask her during the subsequent live interview.

Ari Melber, an anchor for MSNBC, threw the camera over to Welker who did not appear to have heard him. Unaware that she was being broadcast live, she proceeded to tell Palmieri what she could specifically expect in the fast-approaching interview.

Here’s how the exchange went down:

Melber: We go right to Kristin Welker. Kristen, go ahead.

Welker, unaware she was live, speaking to Palmieri: Okay. Okay. And I’m going to ask you about Flint.

Melber, trying to warn Welker: Kristen, go ahead. You’re live. Kristen Welker, in the spin room, I believe she has the Clinton communications director with her. Go ahead, Kristen.

Welker, still unaware she was live, to Palmieri: Okay, thank you. I think this is his last question.

Melber, still covering: You know, we have Kristen Welker, we’re looking at her, she couldn’t quite hear me before. Can you hear me now? If you can, go ahead.

Very fiery, also very substanitive [sic]. I think it was probably the most substanitive [sic] exchange that we’ve had, also if… there were a little bit of fireworks, but I think that it was useful because we think…

Welker, interrupting: Ari, I can hear you. I’m here with Communications Director Jen Palmieri. Can you guys hear me back in the studio?

Melber: Yes. We’re on a delay, but go ahead.

Welker: Can you guys hear what we’re saying here?

Welker: Okay. Here with Communications Director Jen Palmieri. Jen, thank you again. What was your general reaction? It was a very fiery debate.

Palmieri: It was fiery, but it was also very substanitive [sic].

After Palmieri talked about differences between Clinton and Sanders, Welker finally got to ask her a question.

“Let’s start with the issue of Flint — the Sanders campaign is saying that secretary Clinton flip-flopped to some extent. Tonight she came out for the first time calling for the resignation of the governor. Why tonight, and was that a last-minute decision to flip-flop?”

Forget the fact that the Republican governor of Michigan, Rick Snyder, is not responsible for the water fiasco in Flint, where Democrats rule and made the decisions to switch water supplies. What this MSNBC incident represents, yet again, is how political narratives are carefully crafted, how the mainstream media is complicit in helping to craft political narratives (as in, pushing propaganda), and how one party in particular always seems to benefit from mainstream media manipulation of its audience.

This is not how our founders envisioned a free press to behave – to be complicit in shading and forming the political narratives of the day. Rather, in writing the First Amendment the founders hoped that a free press – one that could not be suppressed or manipulated by those in power – would serve as a check on those in power.

In 21st century America, clearly that principle has long been surrendered, voluntarily, by the mainstream media.