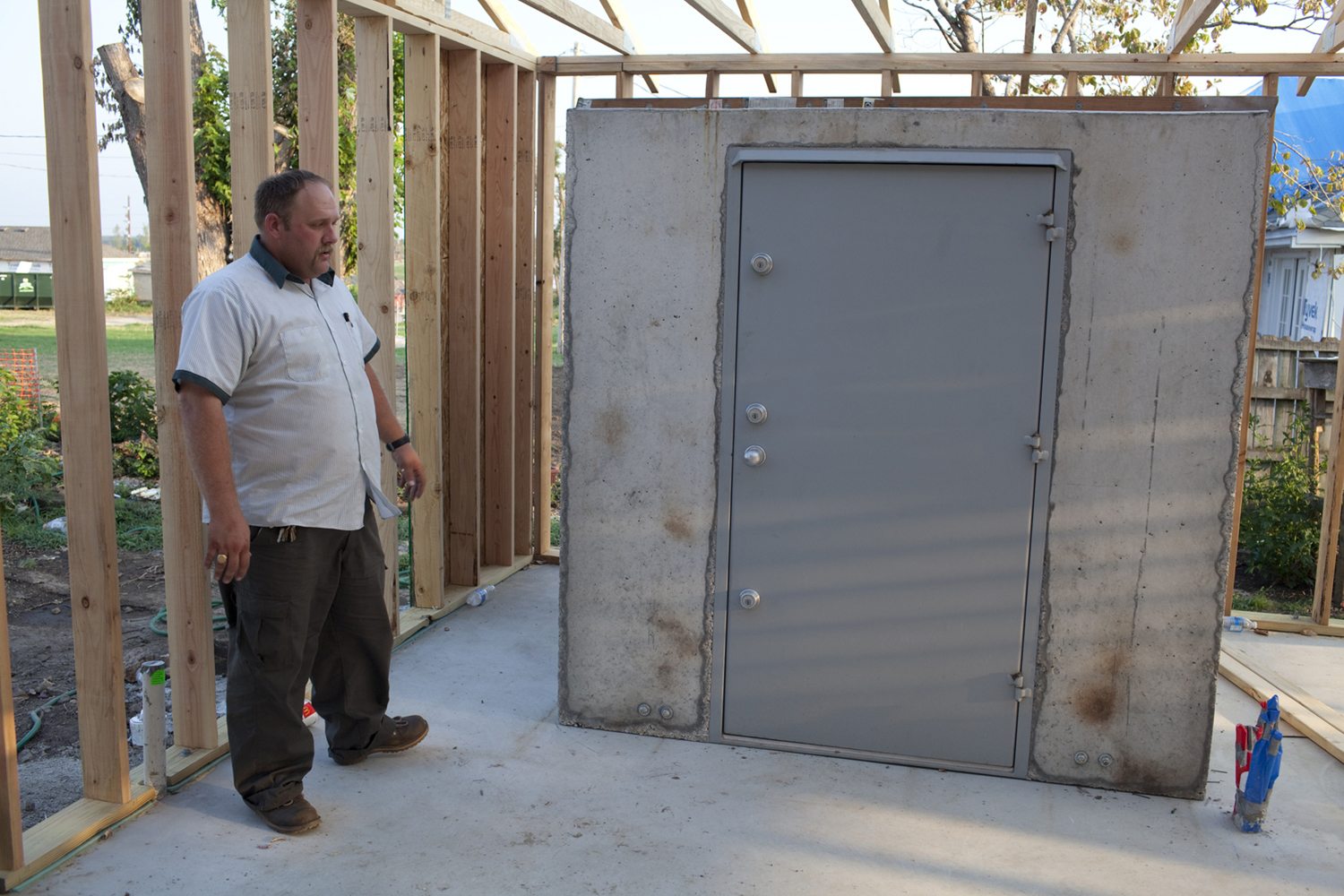 (Bugout.news) Today on many American college campuses, overly pampered students are crying and whining for so-called “safe spaces” – places where they can go to be free of what essentially amounts to real life.

While many of us mock and scoff at such behavior, the concept of building a safe space – a safe room – in our homes is actually a great idea, but not for the reasons that whiny college kids are talking about.

A safe room in your home is good for any number of emergencies – as a respite from bad weather or a place to hole up, protected, until the storm of societal unrest outside your door passes.

“Having a safe room in your home or small business can help provide near-absolute protection for you and your family or employees from injury or death caused by the dangerous forces of extreme winds,” says a FEMA instruction manual. “Near-absolute protection means that, based on our current knowledge of tornadoes and hurricanes, the occupants of a safe room built” according to FEMA standards “will have a high probability of being protected from injury or death.”

Download the instructional document here and note that it also comes with design instructions.

Now, what exactly is a safe room? FEMA describes it as “a small, specially designed (“hardened”) room, such as a bathroom or closet, or other space within the house that is intented to provide a place of refuge only for the people who live in the house.” That’s a pretty good definition, and we’ll work from that.

Now, obviously such a room is great (if you don’t have a basement or underground cellar) for storms, but what about a room designed to protect you long-term in case of a home invasion? Such a room is fundamentally the same as one aimed at protecting you from inclement weather, with some important modifications.

First, a safe room is not a bunker from which you defend yourself. It is a hardened place to hole up and wait for reinforcements and/or for the situation around you to deescalate. It’s not a bad idea to store weapons in such rooms, but you’re also going to need much more – like food.

How much food? That’s a good question, and really, there is no formula for figuring that out, other than you should make sure to have enough food for every occupant expected in the room for at least 1,200-1,500 calories a day (since you probably won’t be doing much walking or moving around) and at least a half-gallon to a gallon of water per person, per day. Water is your most important commodity; we can go more than a week without food, but not more than a few days without water.

Also, you’re going to have to include some sort of “bathroom” facility (if you’re concerned about privacy, don’t be – it’s going to be out the door, so to speak). It may actually be worth it for you to get a more expensive model like this one (no, we’re not selling these) because they are designed to allow you to “store” the waste, so to speak, which you’ll definitely want to do after a couple of days in a closed environment. There are other options as well.

How big should your room be? A good rule of thumb is to plan for about 10 square feet per person. And make your room accessible for you and your family; it won’t do much good if you can’t get to it. It may be that you’ll need to actually construct a safe haven, and that’s alright, too – maybe putting it behind a fake wall or some sort of hidden door.

Speaking of entrance, you’ll want to build a heavy-duty doorframe, secure a heavy door and at least two deadbolts. It has to be stout enough to thwart 200-plus pound men from breaking it down by ramming into it. Metal works better, as it is also axe-proof.

How or when will you know if it is safe to come out? If you have the ability to install a camera system (that can’t be readily located) that’s great, but if not, you’ll have to have some other way of being able to tell. Make sure to have a good portable radio – one with a hand crank because you will probably lose power – so you can get local news reports if they are broadcasting. If you can install a hard phone line, that will work too. Keep local emergency numbers near it.

Add in some creature comforts too – reading lamps, blankets, change of clothes, card and other games, magazines and anything else you can think of to keep you warm and occupied.

Here is a good video showing you one safe room design: