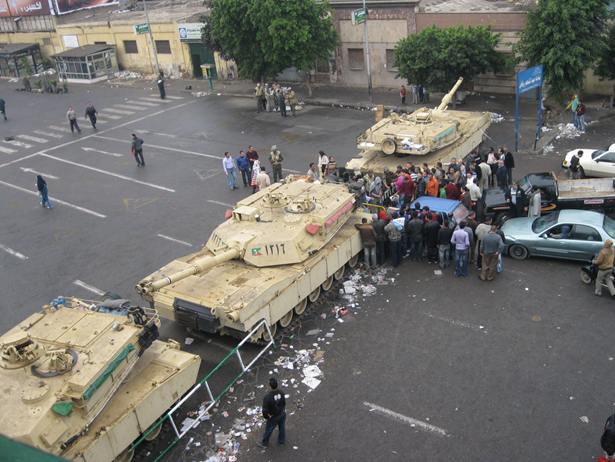 In recent years, there has been a lot of speculation over whether or not the American government is preparing to eventually declare martial law(//btl.ticadine.com/category/martial-law-2/) in a bid to gain complete authoritarian control over the populace.

Imagine if there were an excuse to do so – let’s say in the next few months – before the 2016 presidential election.

There are many possible scenarios that could trigger such a declaration, and it would mean that President Obama would not have to step down at the end of his second term.

Does Obama have a surprise up his sleeve?

This is one reason many feel that martial law may be coming very soon. There is a belief that Obama and the globalists he is working with will stop at nothing to realize their agenda of world domination, and that a false flag event of sufficient magnitude to bring about martial law in the United States before the end of the president’s last year in office is actually in the works.

A large-scale terrorist attack could provide the excuse, or it could be triggered by civil unrest. The occurrence of either of these scenarios is not too hard to imagine, in fact, one might almost think we are being programmed to expect such an event.

Perhaps the recent terrorist attacks on American soil and elsewhere were merely a warm-up act before the real show. Considering the climate of fear that has been persistently promulgated and reinforced by the mainstream media, I don’t think too many Americans would be surprised if a major terrorist attack were to take place within our borders.

Whether or not it would be recognized as a false flag event by the majority of Americans is doubtful, and in the wake of a large-scale attack that killed enough people (God forbid) it would be easy enough to convince most people that the declaration of martial law would be necessary.

Similarly, if there were an act of “domestic terrorism” or civil unrest on a large scale (think engineered stock market crash), the government could take advantage of the opportunity to declare martial law and begin rounding up guns and persons it deems dangerous. Hello, FEMA camps…

The Army now trains with riot shields? Why?

Do I have any hard evidence?

But I’d like for you to take a look at the video below. It’s a recruitment ad for the U.S. Army – you may have already seen it being broadcast during the commercial breaks of football games on TV:

But between :10 – :13 seconds, you’ll notice a group of soldiers equipped with riot shields while the narrator says: “We train for every eventuality…”

Since when does the Army train with riot shields?

Apparently, I’m not the only one asking that question.

A recent article in SHTFplan.com explores the issue and includes a video posted by a YouTuber called ‘Texas Shrugged Book’:

From the transcript of that video:

“The Army doesn’t take to the battlefield with these shields. This is not battle training. This is riot control. Crowd control. And what looks creepy to me is domestic riot control, crowd control, martial law or Jade Helm training.

“The Marines protect our embassies overseas; the Army does not operate in riot and crowd control… you have a 30 second commercial here, folks. You want to use this as a major part of your 30 second commercial, when there are thousands of other positives you could show about the role of the U.S. Army? Why do you show us this? It’s creepy; I’m questioning it, but now I’m glad they’ve showed it to us because we can see where things may be going.”

As I mentioned, I have no hard evidence that martial is about to be declared in America. But I do think events over the next few months will certainly bear a close watch.

And if you haven’t begun preparing your home(//www.preparedness.news/) and family for an emergency scenario in general, now might be a very good time to start.