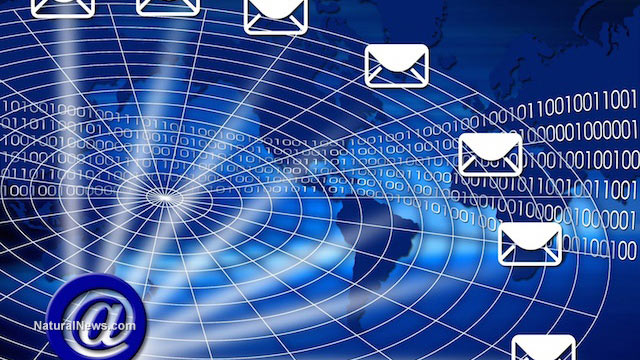 (Freedom.news) Our Fourth Amendment right to privacy is about to get some major love from Congress, provided there are still enough members who understand that the framers never intended for the right to be time-limited.

As reported by The Daily Signal, the Email Privacy Act would protect the integrity of inboxes of Americans who would, overnight, get a major security and privacy update. If passed and signed into law, the bill would prohibit the government from accessing private email accounts without first obtaining a warrant.

That is upsetting to many law enforcement types, but civil rights advocates recognize the measure for what it is – a strengthening, in the electronic age, of the Constitution’s guarantee that citizens are protected in “their persons, houses, papers, and effects, against unreasonable searches and seizures,” as the Fourth Amendment states.

At issue is the Electronic Communications Act, passed way back in 1986 before their was a commercial Internet and long before Americans en masse were online. That law considers emails that are more than 180 days old abandoned and, therefore, subject to search. In order to access those emails government agencies do not need to obtain a warrant first; they only have to request the online messages from Internet service providers.

Rep. Kevin Roder, R-Kan., says that in the Information Age the law is antiquated and is ripe for abuse.

“Government agencies have enjoyed the ability to rifle through innocent Americans’ emails looking for evidence of both civil and criminal penalties,” he told The Daily Signal.

The bill, which has been co-sponsored by Rep. Jared Polis, D-Colo., expands Fourth Amendment privacy protections to include digital files. Polis said that current laws are outdated and “trapped in a decade where dial-up Internet was standard.” He added that the update, which is overdue, has left email users in danger of being “searched by government agencies” without a warrant.

Most House members appear to agree that the protections need to be added. Already the measure has more than 312 co-sponsors, making it Congress’ most popular measure at the moment. That said, the House Judiciary Committee has failed to advance it since it was first introduced in 2012 but that might change in April. Two aides told The Daily Signal that the chairman of the Judiciary Committee, Rep. Bob Goodlatte, R-Va., plans to “swiftly move” the bill through committee.

Part of the reason for that – and probably a big part – is that digital giants Google and Yahoo have said they support the bill, two major lobbyists in D.C.

But some law enforcement groups say the measure should not pass. They say that it would put government investigators at a disadvantage by creating a new warrant requirement (as the Constitution requires) that could tip off criminals and “privilege” digital evidence. That’s a boilerplate response from federal law enforcement though, and frankly, if the investigation is strong enough there shouldn’t be any reason why a federal court won’t grant an agency a warrant to conduct an electronic search.

Joshua Zive, general counsel for the FBI Agents Association, told The Daily Signal that the bill would require law enforcement “to show their cards” by providing extra notice. And while that may be true for organized crime, most people who are being investigated will never know their email is part of that investigation until an agent shows up at their home to confiscate their electronic files.

The fact is this legislation is long overdue, and what’s more, if anything, the government is partially responsible for the bill, given the Bush and Obama administration’s penchant for granted spy agencies carte blanche regarding mass electronic surveillance.

Congress should take this measure up immediately, pass it and send it to President Obama to sign, which he should do just as quickly. We either have a Fourth Amendment that effectively protects Americans’ privacy everywhere and anywhere while directing government action in the conduct of law enforcement investigations, or we don’t.

Freedom.news is part of the USA Features Media network. Follow us on Google+.