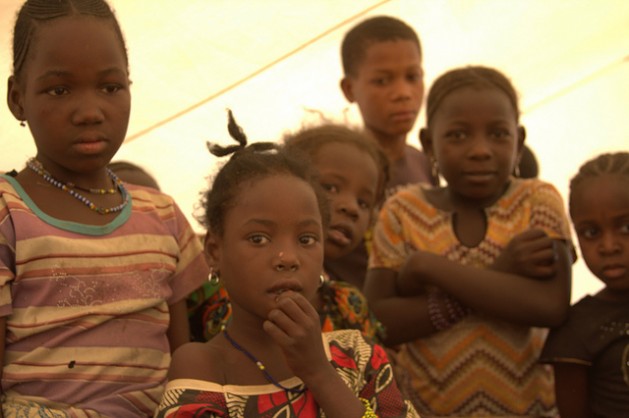 A lecturer at Goldsmiths University in London has defended female circumcision and child marriage as legitimate responses to colonialism and a product of women’s “agency,” in a shocking seminar that has been uploaded to Soundcloud by one of her students.

In the seminar, the lecturer argues that the “standard response” to female circumcision can be “look, it’s unfortunate, but they’re choosing to do so.” The identity of the lecturer is not yet known, but Breitbart is investigating.

The lecturer begins by arguing that men in developing countries oppress women as a means of sticking it to the west. “In the early 19th century there are huge movements against … child marriage, and [for] widow remarriage” says the lecturer. “But as time goes on, the argument becomes ‘look, we’ll do all this, we will reform the condition of our women, but we’ll do it once we’ve got independence. It is not for the colonisers to tell us how we should be treating our women.’”

To put the lecturer’s argument in non-academic language, the oppression of women in the developing world is the west’s fault.

“Modernity requires the reform of women. And women, in the Arab world comes to coalesce around the question of the veil. Look what’s happening in Turkey today… You create along the same lines the notion of secularism. All of these are crises that arise in the context of colonialism … and the imperative to modernise. This business of needing to reform the customs of your land because they are the markers by which the west has designated you as barbaric.”

Shockingly, the lecturer goes on to use this line of argument to defend female circumcision.

“In the context of circumcision, if we say that there are a number of women who are today engaged in vaginal reconstruction operations … The standard response can be, “look, it’s unfortunate, but they’re choosing to do so.”

“We formulate all these questions around consent, free will, choosing to do things – and what she’s arguing, in a sense, is that we cannot think of agency except as a form of resistance to the norm. Built into the idea of agency is the idea that we are pushing against the norm. What then happens to agency in contexts where in fact people are in a sense, consonant with the norm, or with traditional structures? The only way we can explain their actions is talking about it as either oppression or false consciousness.”

When a student objects that FGM is typically done to young girls without agency, the lecturer retorted. “It’s a practice that is followed in communities. Herodotus talks about it 200 BC. These practices are quite widespread, [and] not necessarily associated with Islam.”

Drawing a contrast between historical periods when “clitoral stimulation was considered vital for conception” and a “long, long period in the history of the west when it was considered of no consequence whatsoever… Returning full circle to the idea of choice, we’ve been trying to think of ways in which we can critique the idea of choice, not least because we’re wrong and need to think about it, but more because it doesn’t necessarily map on to the life-worlds of the people we want to represent.”

“We’ve got a real problem here, even as a political project, I mean, I think we can deconstruct why the idea of free will is a very particular historical idea, but even if I grant that free will and choice and consent and so forth are the most important things, what do we do with large swathes of people in the world who do not see themselves as individual agents imbued with free will and consciousness in the same way?”

Sarah Pearce, a graduate student at Goldsmiths who attended the lecture, writes that this is just the latest case of apologism for FGM at Goldsmiths. She highlights recent protests against Maryam Namazie, a secularist who campaigns against the oppression of women in Islamic communities, where feminist and LGBT societies on campus extended “solidarity” to a protest by the Islamic society against Namazie. Pearce also highlights that when pressed on the issue of FGM, a representative of the LGBT society replied that as a white person, she “cannot condemn FGM because of my colonial past.”

“Goldsmiths, very much like SOAS seems to be the hotbed of this double standard reinforced by some academics and propagated by a faction of student activists” writes Pearce.