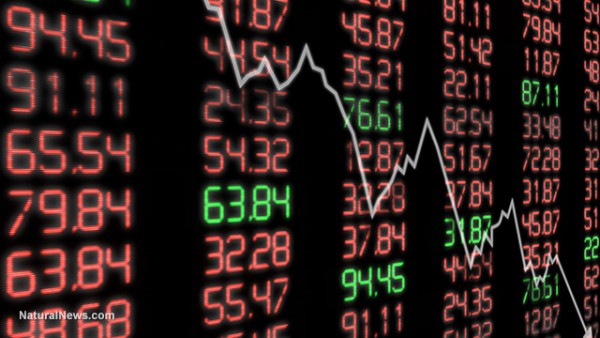 Despite mainstream media reports to the contrary, Mike Adams, the Health Ranger, strongly urges all those who own stocks, bonds and mutual funds to start selling their investments, given the threat of a market crash looming on the horizon.

Adams forecasts that the recent market rise will be one of our last opportunities to unload, before the aggressive and inevitable crash begins to unfold. He further criticizes the mainstream media for perpetuating a false sense of security among investors, thereby masking the unfortunate reality behind the seemingly “infinite growth of the economy.” According to Adams, massive unemployment and job losses will skyrocket as Obamacare and several other government programs continue to milk taxpayers’ money for all it’s worth — without the requisite beneficial return on our hard-earned investment.

If you need further convincing on the merits of withdrawing from the stock and bond market, listen to Adams’ very timely commentary on the matter: