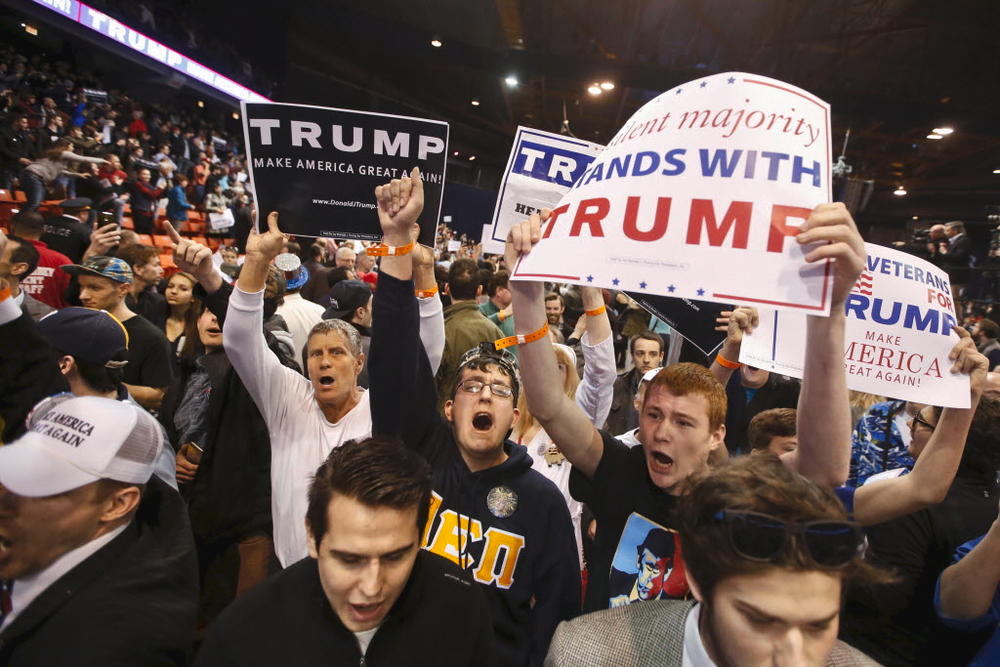 (Freedom.news) A headline over the weekend said all you need to know about which side is really responsible for the violence during the current presidential election cycle.

McClatchy Papers, on its web site, declared Sunday, “GOP convention security gears up amid fears of threats,” and reporting:

Organizers for the Republican National Convention are preparing security for the gathering in Cleveland in July amid an unusually combustible environment, in which the threat of terrorist attacks is now joined by the unpredictable behavior of foes and supporters of GOP presidential front-runner Donald Trump.

McClatchy went on to report that GOP convention planners are being forced to spend upwards of $50 million on security alone, and while the party would have had an expenditure for security beyond what the Secret Service, Homeland Security, the military and local police would have provided anyway, there is no question that the threats of violence from Left wing extremists have boosted those costs dramatically.

What’s more, this isn’t the first story reporting on threats to the GOP convention. But do you know what’s missing here? Stories about threats to the Democratic National Convention, which is being held in Philadelphia. Oh, there will be security there, as there should be, but if it’s GOP supporters who are supposedly more violent, why haven’t there been outsized threats to the Democrats?

I’ll tell you why: Because the narrative that the GOP is the party of violence is one that has been created out of whole cloth by Left-wing extremists in the Democratic camp. Remember all those protests last year in Ferguson, Baltimore and beyond? We can thank billionaire Leftist George Soros for those.

Soros & Co. are also responsible for renting mobs to storm Donald Trump’s campaign events. In fact, Soros-funded groups have pledged anti-Trump protests at campaign events all summer long, in an attempt to silence him.

This is all standard operating procedure from the Left’s political playbook: Keeping the classes perpetually at war with each other to win and keep power. It was written in 1848 by Karl Marx and Friedrich Engels and is called the “Communist Manifesto.” Its authors detailed how fomenting distrust, suspicion and angst between social classes could produce social change through revolution. What the authors don’t tell us is that there will always be a ruling class, as well as a class that is ruled over, and the big social change is that the “equality” that is promised is that everyone at the top is equally privileged while everyone else is equally impoverished. For the most recent object lesson in how communism/state socialism kills economies and productivity, see Venezuela.

But that is all academic and grist for presidential debate. The immediate concern – using violence to shut down a competing political ideology – needs to be opposed whenever it is attempted, and it appears as though a number of GOP supporters are preparing to do that, and at Trump’s behest. Why not? If they’re going to be blamed for “inciting violence” anyway, may as well defend their right to support whomever they choose.

Whether or not Trump is the Republican Party’s best candidate is not the point; that is up to voters to decide. The fact is he has a right to run for president and to speak at events that his campaign is paying for. In fact, no matter who the eventual nominee is for either party, they both deserve to be heard by the American people – uninterrupted an unimpeded.

The extreme Left wing – elements of the Democratic Party that neither Hillary Clinton nor Sen. Bernie Sanders has condemned – doesn’t think so, however.