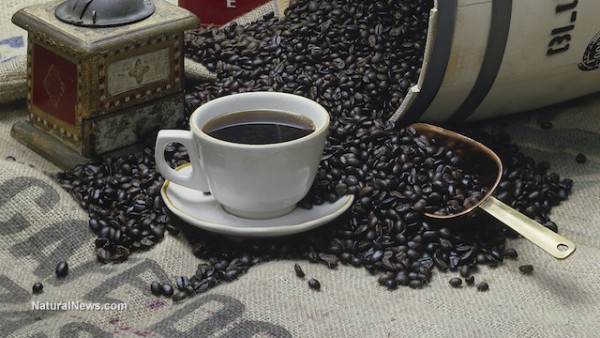 Summer is a time when mosquitoes, ants, fleas and flies cloud the air and pave the streets. Many people douse themselves with sprays laced with various harmful, synthetic chemicals just to get rid of these pests. However, while anti-pest sprays do an excellent job of killing unwanted bugs, they also do an excellent job of gradually killing ourselves.

A common chemical ingredient found in insect repellents is deet (N,N-diethyl-m-toluamide), a compound originally developed by the U.S. Army as an insect repellent for use in jungle warfare during World War II. A 2009 study published by BioMed Central Biology found that deet is a neurotoxin that inhibits an essential nervous system enzyme, known as acetylcholinesterase, in both insects and mammals. Previous studies even suggest that deet may be linked to seizures in children.

Luckily, there’s no need for you to bathe yourself in a cocktail of noxious pesticides in order to ward off insects. The following is a list of 10 natural pest repellents made without synthetic chemicals:

1. Organic soy oil
According to a report published in the The New England Journal of Medicine, organic soybean oil-based repellents can provide protection for as long as low doses of deet do, without harming you or or your family. In addition, soybean oil can also be used as  a substitute for cooking oil and even as a skin moisturizer.

3. Marigolds
Marigolds are aesthetically pleasing, yellow and orange-flowered annuals found nearly everywhere. You can also use them as a readily available natural pest repellent. The secret to marigolds is a botanical pesticide known as pyrethrum, which is both environmentally friendly and has several advantages over synthetic products. Insects are paralyzed almost immediately after being exposed to pyrethrum.

4. Lavender
Lavender is an evergreen shrub with roots that trace back to Greek and Roman times. The shrub was used, and continues to be used, as a perfume and medicine. It can also be used to keep insects, such as fleas, moths and mosquitoes, out of gardens. In addition, unlike pesticides laced with synthetic chemicals, lavender smells great and can help soothe sensitive skin.

5. Neem
Neem is an extremely bitter tree leaf used by ancient Indians as a natural pesticide. Neem is arguably the most powerful natural pesticide on the planet and has been shown to control over 200 insects, including many crop insects. Furthermore, neem is safe to spray on vegetables and fruit crops; however, neem seeds are highly toxic and should not be consumed.

6. Bee balm
Bee balm is an herb in the mint family that attracts hummingbirds, butterflies and bees, which eat herbivorous insects that consume the plants. It is also a very effective mosquito repellent. Furthermore, bee balm is edible and can be used to treat dry, itchy skin.

8. Coffee
We all know that coffee is one of the most widely consumed beverages in the world, but did you know that it can also ward off insects? Coffee grounds can be sprinkled around the plants on top of the soil to help keep various insects away. Tomatoes are the only exception. In addition, coffee is loaded with minerals that are good for the soil. Many coffee grounds, however, have pesticides in them, so make sure to buy organic.

10. Milky spore
Milky spore is a bacteria applied to lawns to kill Japanese beetles in their larvae stage. Japanese beetle grub are large, white worms that feed on grassroots and cause major lawn damage. When milky spore is consumed by the beetles, the bacteria reproduce and destroy the insect from the inside out. What is nice about milky spore is that after the grub dies, the spores are released back into the soil to attack other grubs.

Pesticide residue contaminates our food and, in turn, our bodies. Fortunately, we have a variety of safer options to choose from. As this list has shown, there are plenty of all-natural pest repellents available that are friendly to both human health and the environment.