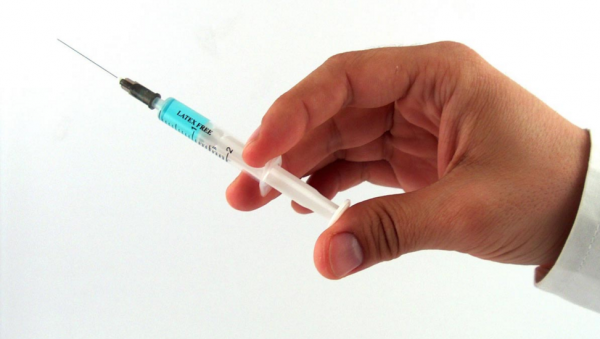 What is the scientific method? Here is how the Free Dictionary defines the process:

“The principles and empirical processes of discovery and demonstration considered characteristic of or necessary for scientific investigation, generally involving the observation of phenomena, the formulation of a hypothesis concerning the phenomena, experimentation to demonstrate the truth or falseness of the hypothesis, and a conclusion that validates or modifies the hypothesis.”

This sounds straightforward enough. Observe. Theorize. Test. Conclude. Aristotle is considered to be a progenitor of this method. His emphasis on observation, measurement and reasoning are legend. But Aristotle was looking for the truth. Just like the scientists who, in January of 2016, had published a study after looking at effects of the aluminum adjutants from Gardasil vaccine in mice. As reported in The Free Thought Project, these were serious individuals:

“The study was conducted by eight scientists at Tel Aviv University in Israel, co-authored by a University of British Columbia professor and neuroscientist, and a doctor of biochemistry… [Their study was] titled ‘Behavioral abnormalities in young female mice following administration of aluminum adjuvants and the human papillomavirus vaccine Gardasil’ [and] was published by the journal Vaccine.”

A valid scientific method discovers the truth. When money is at risk, truth goes out the window, and so does science.

It’s worth noting the highlights of the study, as reported by The Vaccine Reaction:

“In the study, researchers divided 76 female mice into four groups. The individual groups received injections of Gardasil; Gardasil plus pertussis toxin; aluminum adjuvant alone, or a ‘true’ placebo (as opposed to an aluminum-containing placebo typically used in Gardasil pre-licensure trials).

During three- and six-month observation periods, researchers found that compared with placebo-controlled mice, the mice injected with Gardasil or aluminum adjuvant spent significantly more time floating in the forced swimming test, which was a measure of depression used for rodents. After ruling out a connection between increased floating time and locomotor dysfunction through other testing, the researchers determined that these behavioral abnormalities were ‘likely due to depression.’

In maze tests, aluminum-injected mice also exhibited short-term memory impairment and increased anxiety compared with the placebo-controlled mice in other rodent tests. The research team concluded that Gardasil via its aluminum adjuvant and HPV antigens may “trigger neuroinflammation and autoimmune reactions, further leading to behavioral changes.”

Bad news for Gardasil? Just call out the so called scientists on the Merck payroll. But don’t call them scientists, call them censors of truth. Or maybe just liars.

Their study was extensively peer reviewed and accepted for publication without revisions. And, suddenly it was pulled, according to The Vaccine Reaction:

“When Vaccine first pulled the article, the publisher offered no explanation, saying the article was ‘temporarily removed.’

Weeks later, the page where the article used to be was updated to read:

‘This article has been withdrawn at the request of the Editor-in-Chief due to serious concerns regarding the scientific soundness of the article. Review by the Editor-in-Chief and evaluation by outside experts, confirmed that the methodology is seriously flawed, and the claims that the article makes are unjustified. As an international peer-reviewed journal we believe it is our duty to withdraw the article from further circulation, and to notify the community of this issue.’“

And guess who the Editor-in-Chief was? Here’s that info as reported by The Vaccine Reaction:

“According to Health Impact News, the medical journal’s action to withdraw the article was a decision made by editor-in-chief Gregory Poland, MD. Dr. Poland is Vaccine’s editor-in-chief, who has ‘pro-vaccine’ relationships, according to Health Impact News. His profile has a title of ‘the chairman of a safety evaluation committee for investigational vaccine trials being conducted by Merck Research Laboratories’ and ‘offers consultative advice on new vaccine development to Merck & Co. Inc.’ He has conducted four studies in direct affiliation with Merck, including a pro-HPV trial in 2005.

Adding another layer to the story is the fact that the Gardasil mouse study was first submitted to the Journal of Neuroimmunology. That journal rejected the study after nine months of editorial review. Coincidently, Michael Racke, MD, the journal’s editor-in-chief, happens to receive personal compensation for activities with a number of drug firms, including EMD Serono Inc., a subsidiary of Merck KGaA“

The pharmaceutical industry, like the chemical industry, the bio agriculture industry, nanotech folks and countless other liars aren’t interested in the scientific method. Just the love of money. And that is the root of all evil, isn’t it?

No matter what illness or disease you may be battling, wholesome, organic, nutrient dense food can be your medicine.