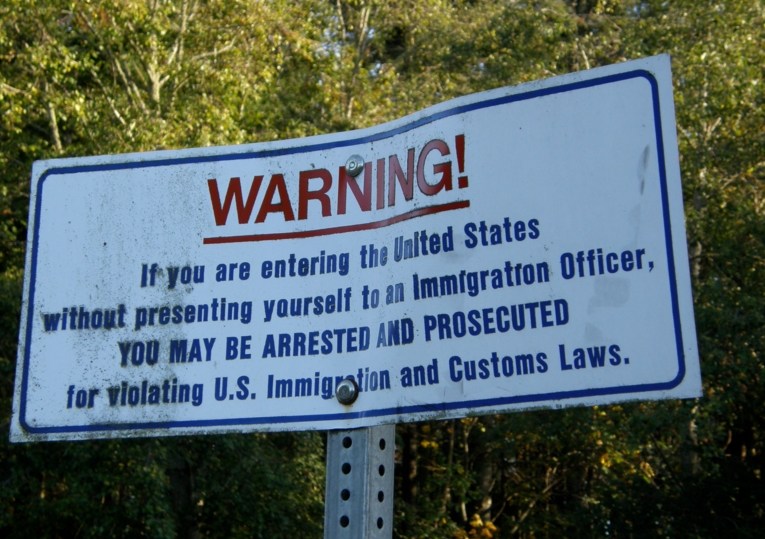 (BigGovernment.news) The Obama administration’s refusal to uphold U.S. immigration law is literally leading to the deaths of American citizens, while the refusal of members of both parties in Congress to hold the president and his Department of Homeland Security chief, Jeh Johnson, accountable for their criminal lapses is despicable.

In recent days senators from Iowa and Nebraska sent a letter to Immigration and Customs Enforcement (ICE) March 24, questioning the agency’s handling of an undocumented immigrant charged with causing the drunken driving death of 21-year-old woman in Omaha, AMI Newswire reported.

Eswin Mejia, 19, was charged by Omaha authorities Feb. 5 with vehicular homicide after his truck crashed into the back of a car driven by 21-year-old Sarah Root, a recent college graduate. Police allege that Mejia, who tested nearly three times the legal limit for alcohol in his blood, was drag racing at the time.

Root was transported to a nearby hospital, where she was pronounced dead. Mejia has since failed to show up for urine tests and subsequent court hearings, which happens far too frequently.

In a March 15 Senate hearing on visa security, Sen. Ben Sasse (R-Nebraska) questioned ICE director Sarah Saldaña about the agency’s response. Omaha crash investigators said they contacted ICE on Feb. 5, requesting a hold on him due to his flight risk and low bail amount. The request was denied and Mejia was released that evening.

“If an illegal alien kills an American citizen, should ICE let that person go free?” Sasse asked in the hearing.

In her response, Saldaña blamed the agency’s response, in part, on the small window in which agents had to respond. She estimated that field agents only had “about four hours” to get there.

“We try very hard to respond as quickly as possible,” she said. “It doesn’t do them any good (for us) to tell them to cooperate  … if we don’t respond.”

An investigation from the Omaha World-Herald also found that local pretrial experts classified Mejia as a “2” on a scale of 10 (with 10 as the highest) for flight risk. His $5,000 bail, the newspaper found, was among the lowest in a list of bails set in recent vehicle-homicide cases.

The letter comes less than two months after the chairs of the House and Senate judiciary committees criticized Homeland Security Secretary Jeh Johnson for enacting a policy that “allows criminal immigrants charged with drunk driving to go free,” which, of course, he would never do without the full-throated approval of his boss, President Obama.

In their joint letter to Johnson, Sen. Chuck Grassley (R-Iowa) and Rep. Bob Goodlatte (R-Virginia) point to two additional cases since February in which immigrants facing DUI charges were deemed not worthy of an ICE hold.

In a case out of Louisville, Kentucky, a 20-year-old, suspected of being in the U.S. illegally, was arrested after a crash on Feb. 4 that put two women in the hospital, including one who is currently in a coma. Jose Munoz Aguilar was transferred to ICE custody, but promptly released.

In another case, Esmid Valentine Pedraza, who was arrested on Feb. 24 by San Francisco police in the shooting death of Stacey Aguilar, was found to be in the process of deportation for a DUI conviction in 2013, but ICE chose not to detain him in the meantime.

Members of Congress have taken aim at Department of Homeland Security (DHS) policy, as outlined in a November, 2014, memo from Johnson, that prioritizes the detainment of immigrants in one of three tiers. In the top tier are immigrants involved in terrorism, partaking in gang activities or actively crossing the border. Although felonies are in the top-priority list, the memorandum specifies the immigrant must have been convicted. In the Omaha case, Mejia had only been convicted of misdemeanors prior to his drunk driving arrest, which would have placed him in tier 2 priority.

“Due to limited resources, DHS and its components cannot respond to all immigration violations or remove all persons illegally in the United States,” Johnson wrote in the policy document.

The memo does note, however, that ICE field directors have discretion to pursue cases not identified as priority, when “removing such an alien would serve an important federal interest.”

Apparently protecting the lives of American citizens at all times, and under all circumstances  – the way it is supposed to be – doesn’t meet the standard of “important federal interest.”

A statement provided to AMI Newswire by an ICE spokesman said that further review of the case may have resulted in an elevation of Meija’s priority, but asserted that the decision by field directors not to detain him fell within DHS policies.

“All decisions made by ICE officers are made on a case-by-case basis,” the statement read. “Based on the totality of circumstances involved in Mr. Mejia’s case when he was arrested in Omaha in January 2016, ICE officers decided not to issue a detainer at the time.”

Yes, that is apparent; the question is, why not? Who in the DHS chain of command gave instructions for the “discretion?”

With more than 20,000 employees, ICE is the second-largest federal law enforcement agency. Its $5.3 billion  budget in 2015 represented 9 percent of the overall DHS budget. In its 2016 budget request, the DHS asked for an additional $3.7 billion, including a more-than-17-percent increase to the operating budget of ICE.

The letter, signed by Sasse and Grassley, as well as senators Joni Ernst (R-Iowa) and Deb Fischer (R-Nebraska), calls on DHS to respond by April 6. The senators want ICE to provide details on its interaction with Omaha law enforcement and a clarification as to why ICE policy now classifies Mejia as a “priority,” and any investigative materials held by the organization on him.

In the meantime, ICE has pledged to help capture the fugitive Mejia, who has since had a felony warrant issued for his arrest.  “ICE is working with law enforcement authorities in Nebraska and Honduras to locate and arrest Mejia,” Saldaña said in a statement.

Gee, that’s good to know that ICE is [finally] on the case – days late, and after another American citizen has lost her life, killed by someone who should never have been in the country in the first place, let alone allowed to walk away from his crime.

Letters of protest and “demands” for answers are ineffectual and, really, at this point embarrassingly inadequate. Lawmakers know this president has instructed his immigration officials to shirk their duties. There is no more need of protest letters and demands for information. There is a need for action, and the Constitution lays out the actions Congress can take to reign in presidents who intentionally fail to protect citizens. It shouldn’t matter than Obama’s on his way out; American citizens are dying, for crying out loud.

The American Media Institute contributed to this story.