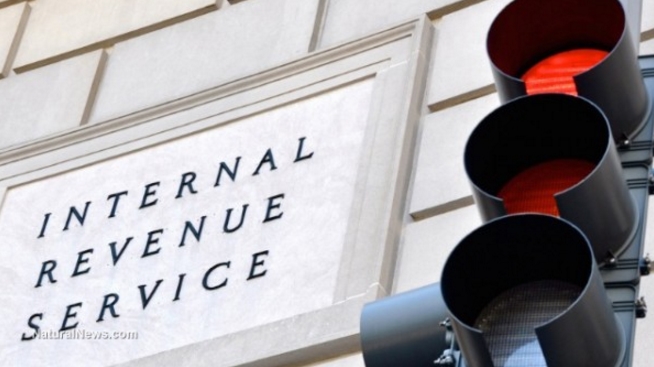 The Internal Revenue Service has become weaponized during the Obama administration, so much so that the situation is reaching critical mass.

As tens of millions of Americans already know, the Obama White House was very likely behind the apparently politically motivated – and highly improper – over-scrutinizing of conservative and Tea Party activist groups that had applied for tax-exempt status, prior to the 2012 election. In fact, the outsized scrutiny of conservative groups continued well past the election, which of course saw President Obama reelected.

According to a pair of Washington, D.C. attorneys – who are representing several such groups in federal court – the IRS has continued to jerk them around for years with foolishly invasive questions and other barriers, all the while sparing liberal and “progressive” groups similar scrutiny.

Now, as noted by The New American, Obama’s IRS is set to up the ante even further. Nonprofit and charitable groups are raising a fuss about a proposed new IRS rule change that they believe will have a “chilling effect” on their donor base. So bad is the new rule that some in Congress are set to introduce legislation to specifically prevent the IRS action.

The IRS wants to give 501(c)(3) organizations the option of reporting to the agency all their donors who contribute more than $250, supposedly to improve the “timely reporting” of tax-deductible donations. Under this proposal, the organization would file a donor disclosure form with the IRS and provide a copy to the donor. That form, however, would include not just the donor’s name and address but also his Social Security number (SSN) — and that is what has nonprofits in an uproar.

‘This will chill giving’

Under the guise of efficiency, the IRS essentially wants to invade the privacy of donors, and for no other purpose than to intimidate them.

“Under current law,” reported Wall Street Journal, “nonprofits must report only donors who give more than $5,000 a year, and then only names and addresses. Donors who give less than $5,000 to (c)(3) charities, and who want to claim a tax deduction, must obtain a ‘receipt’ from the charity — to furnish to the IRS if they are audited or examined. This process has been in place for years, and even Treasury and the IRS acknowledge in their new rule that it ‘works effectively, with the minimal burden on donors and donees.’”

So what’s the need for the rule change, other than to intimidate and pry?

No good reason for this rule change

If the rule is issued and it survives an expected court challenge – which is increasingly likely, after Obama has spent years packing the D.C. District Court, the jurisdiction that hears all challenges to rules issued by federal bureaucracies, with Left-wing ideologues – then it represents another substantial power shift in Washington. Charities would have to provide all $250-plus donors with Social Security numbers to the IRS, which is likely to make millions of donors back out of charitable giving.

“This will alienate large numbers of donors,” Steve Taylor, chief of government relations at United Way Worldwide, told The Hill. “The charity is already asking for their hard-earned money, and on top of that they say, ‘Oh, by the way, we need your Social Security number, too.’”

The IRS already has the Social Security numbers of all earners and taxpayers and can likely get any number it needs from the Social Security Administration, so that’s not the issue, per se. By the agency’s own admission, the current system of identifying charitable giving is working just fine. So there has to be another reason, and – given this agency’s militant history during the Obama years – control and intimidation are the only two things that make sense.

There is no good reason to implement this rule change. None. But when has that stopped official Washington and this administration?