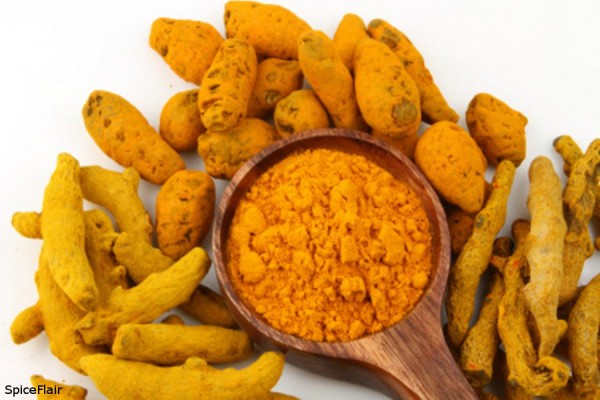 Turmeric is one of those little wonders of nature – spices that not only enhance the taste of food, but also contain a concoction of beneficial compounds that modern science is just recently discovering. It is a staple spice in Middle Eastern, Northern African and Southeast Asian cuisine, and is mainly responsible for the yellow tint in curry spice blends. It also makes a great addition to many soups, salads and meats.

Aside from its culinary versatility, turmeric also contains compounds called curcuminoids, which provide a variety of medicinal properties. Curcumin, one of these compounds, has been found to be one of the most potent cancer-killing substances in nature because of several of its therapeutic properties. Curcumin helps rejuvenate and detoxify the liver, reduces the effects of iron overload (which is important, since iron with wormwood is also cancer-killing), increases the body’s antioxidant capacity, improves cognitive function, regenerates neurons, reduces the likelihood of Alzheimers’ and depression, reduces the risks of heart disease and inflammation and fights premature aging.

Cancer cells are generally characterized by abnormal and uncontrolled growth which invades the body’s other processes. They do this by circumventing a normal cell’s apoptosis, or the tightly regulated cell-suicide mechanism found in healthy cells. The cell suicide process is crucial for replacing approximately 100 to 130 billion cells per day in the human body. When cancer cells turn off the suicide switch, they multiply and disrupt the body’s natural regeneration process.

Curcumin activates the cell-suicide mechanism in these cancer cells in ways that we are still learning. One of these ways is by activating enzymes that cut up the proteins within the cancer cells, effectively killing them. Unlike chemo drugs, curcumin does not have a single method of killing cancer, and it curiously does not damage healthy tissue via a mechanism we still do not understand. Thus, curcumin does not build up a resistance to cancer cells, unlike chemo, and also has much fewer adverse side effects.

Make curcumin available to the body

Unfortunately, the liver inhibits the body’s absorption of curcumin through a process called glucuronidation, which makes the compound much less effective than it could be. Fortunately, however, you can increase its bioavailability by consuming any of the following:

If you’re interested to learn more about what kinds of food to avoid to maintain a healthier mind and body, check out FoodForensics.com, the newest brainchild of Mike Adams, the Health Ranger!