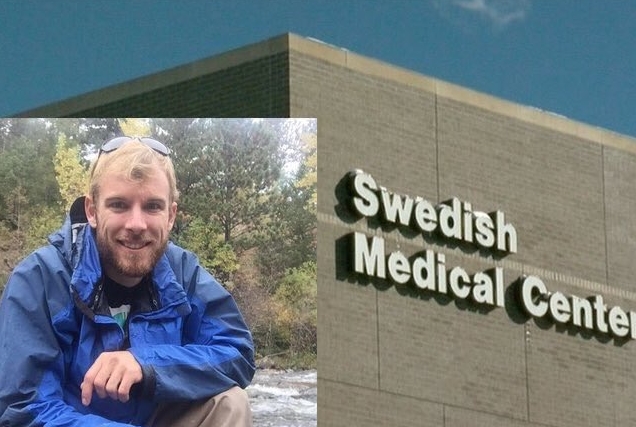 A hospital worker with an addiction to the powerful liquid painkiller fentanyl may have potentially exposed thousands of patients in four states to hepatitis and HIV. The report follows a separate incident in which 300 people in Massachusetts were put at risk for developing blood-borne diseases as a result of hospital staff’s failure to properly disinfect colonoscopy instruments.

But this latest incident, where patient exposure may have occurred in Colorado, Arizona, Washington, and California, is suspected to be the result of one man’s drug addiction, which was overlooked by all six hospitals for which he was employed.

Rocky Allen, 28, a former surgical tech in the Navy, had an extensive history of drug abuse and theft that was easily accessible by employers. Military documents show the man pleaded guilty to stealing some 30 vials of fentanyl, wrongful possession of fentanyl-containing syringes, and making false statements, according to officials cited by the Denver Post.

Yet Allen was able to find work at six different hospitals, finding employment at another facility after being fired from the last. He was dismissed from at least four hospitals, where he’s believed to have committed crimes similar to those in the military, except at the medical facilities he placed thousands of innocent people at risk.

A standard background check would’ve uncovered the man’s history, said Jennifer Zeldis, a public affairs officer with the Office of the Judge Advocate General of Navy. A phone call by the hospital to the Navy’s personnel command also would’ve revealed Allen’s checkered past, she said.

The Navy tech was indicted earlier this month on federal charges in Colorado of tampering with a consumer product and obtaining a controlled substance by deceit, CNN is reporting. Allen has pleaded not guilty.

The man is accused of switching out syringes containing fentanyl and replacing them with saline during surgical procedures at Swedish Medical Center in Englewood, Colorado, the last facility for which he was employed. The hospital is offering blood-borne disease tests to some 3,000 patients.

Allen’s indictment sent a ripple effect as his previous employers scrambled to notify patients regarding potential exposure to hepatitis C, hepatitis B, and HIV, including two hospitals in Washington: Northwest Hospital & Medical Center in Seattle and Lakewood Surgery Center in Lakewood.

The man is said to have a blood-borne pathogen; which type remains unknown.

“We recently learned that a surgical technologist employed briefly at Lakewood Surgery Center during late 2011 has been accused of diverting injectable narcotics in California, Arizona and Colorado, and has been charged with criminal activity relating to this alleged diversion in Colorado,” the Swedish Medical Center said in a statement.

Allen is accused of acquiring fentanyl-containing syringes “by deception and subterfuge,” an action officials say he took “with reckless disregard for the risk that another person will be placed in danger of bodily injury, and under circumstances manifesting extreme indifference to such risk.”

Timothy O’Hara, the man’s attorney, said his client’s drug addiction began in the Navy, which he says failed Allen by not providing him with the proper treatment for stress and substance abuse. He worked 12-hour shifts, seven days a week for 10 months, O’Hara told the court in March, “and every day, death was sitting and laying before him.”

“As one can imagine, he did not return the same way he went,” he added. “He received a general discharge based on an incident that occurred while he was in the armed forces relating to similar conduct.”

O’Hara argued his client shouldn’t have been “released to the world with a million problems in his head.”

Allen portrayed himself to the hospitals as a “great critical thinker with years of training and skills working under stress,” and as an “outstanding leader” who could bring “an aspect to the team that not many can.”