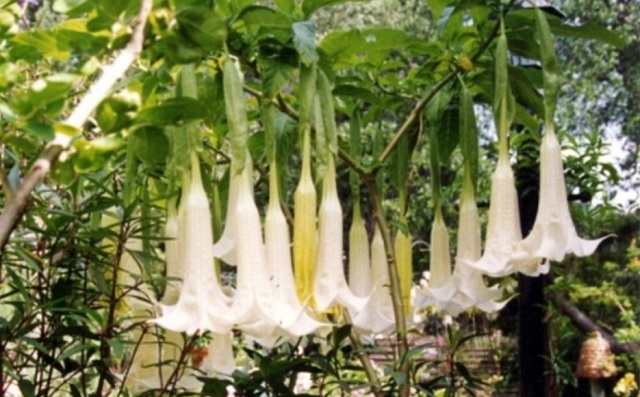 Urban myths in South America are replete with stories about the horrors of a potent drug that could allegedly sap a person’s free will, effectively turning him into a zombie. While the idea might seem to be merely a recreation of the fantastical zombie myth, the fact is, it really exists. The drug that could completely deprive a person of his free will is out there — and you could be its next victim.

Scopolamine, the drug in question, is derived from a number of trees native to South America. Nicknamed “the devil’s breath,” Daily Mail reports that scopolamine “turns people into complete zombies and blocks memories from forming. So even after the drug wears off, victims have no recollection as to what happened.” Imagine, if this drug were to be widely used by criminal organizations, the repercussions would be terrifying.

Now, if you think the effects of scopolamine are akin to what’s currently going on with millions of brainwashed, corporate slaves in America today, then that’s because drug companies have actually turned scopolamine into an FDA-approved prescription drug.

Offered under the name “Transderm Scop,” the scopolamine drug is now sold as a transdermal patch designed to be placed right behind the ear, for easier absorption into one’s bloodstream.

When the scopolamine chemical enters the bloodstream, it immediately affects the brain, turning a normal human being into a clueless hypnosis subject who believes and obeys anything he or she hears. For instance, if the scopolamine user happens to be watching MSNBC while absorbing this drug, they might mindlessly come to believe that they’re supposed to vote for Hillary Clinton because she’s utterly amazing. Right.

Combine scopolamine with the effects of mass fluoridation and widespread antidepressant drug use and you get none other than modern day America — a society that laps up whatever the mainstream media says and follows whatever Big Pharma advises.

If you want to save yourself from becoming one of corporate America’s mindless zombies, learn more about the alarming effects of “the world’s scariest drug” by watching this VICE documentary.