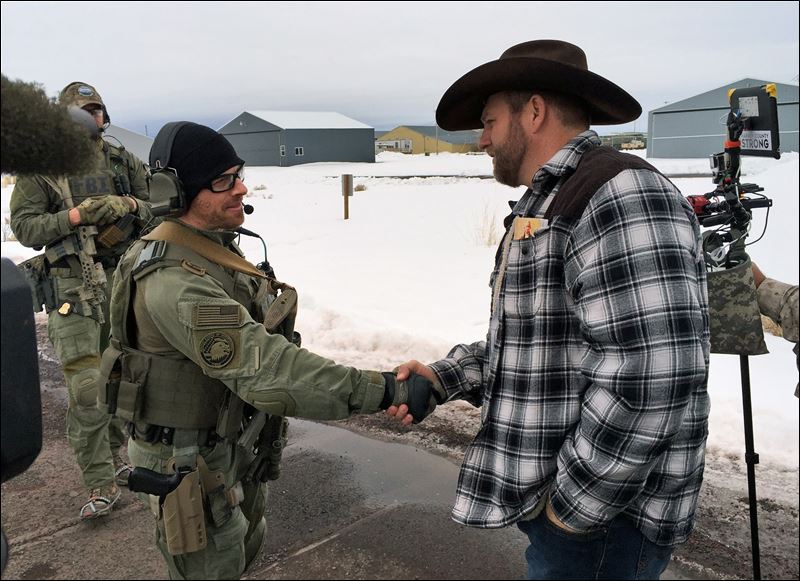 It’s no secret that federal law enforcement authorities regularly go undercover in order to gather evidence on suspects and solve or prevent crimes. But agencies like the FBI also have a history of infiltrating groups in order to foment trouble so that arrests can be made.

As Natural News has reported in the past, other federal agencies including the EPA, FDA and ATF also use similar infiltration tactics.

Now, it appears, the FBI has done it again, this time in an attempt to infiltrate and, possibly instigate a false-flag incident in order to justify force against a group that is challenging federal supremacy over a land dispute case.

According to the Cop Block blog, FBI agents posing as “militia members in order to harass” residents near Burns, Oregon, were allegedly outed by a local former fire chief.

In what appears to be a coordinated effort to turn the local community against the Ammon Bundy led “Citizens for Constitutional Freedom” militia group currently occupying the Malheur National Wildlife Refuge headquarters near Burns, Oregon, a local Fire Chief claims to have caught undercover FBI agents posing as militia members in order to harass residents.

As noted by Cop Block and Natural News, among those abuses is convincing mentally unstable Americans to pose as terrorists so that agents can make arrests and pad their numbers while enhancing their careers.

“The US Justice Department and the Federal Bureau of Investigation (FBI) have targeted American Muslims in abusive counterterrorism ‘sting operations’ based on religious and ethnic identity,” the organization said in a press release, citing its study. “Many of the more than 500 terrorism-related cases prosecuted in US federal courts since September 11, 2001, have alienated the very communities that can help prevent terrorist crimes.”

The report further alleged that “in some cases the FBI may have created terrorists out of law-abiding individuals by suggesting the idea of taking terrorist action or encouraging the target to act.”

According to U.S. News & World Report, the ex-fire chief, Chris Briels, clarified that the individuals he identified were indeed undercover FBI agents but that they technically weren’t posing as militia.

FBI silent on activity in Burns

That said, the FBI has definitely infiltrated militia groups in the past, on many occasions, and its confirmed presence in Burns, Oregon, was likely expected by most residents – and certainly by the Bundys and their supporters. After all, the group took over a building on property claimed by the federal government.

But what means is the FBI willing to employ in order to project federal supremacy and sort of teach us common folk who’s boss? Were the agents identified by Briels going to try to infiltrate local militia groups who are guarding Bundy? We don’t yet know, but judging by the agency’s history, it’s a distinct possibility.

Though Briels has poured cold water on the tale attributed to him, the FBI’s Portland field office would not address whether or not undercover agents are being used to address the refuge occupiers, who have invited ranchers’ rights supporters from across the country to join them.

“Due to the ongoing investigation we cannot provide any comments at this time,” said a statement from the Harney County Joint Information Center, in response to an inquiry emailed to an FBI spokeswoman.