Uncensored and Independent Media News
Home
Health Freedom
Second Amendment
Prepping
Survival
Censorship
Subscribe
SHOP
Popular Articles
War on Drugs RAPE: woman sexually probed while tied down to a bed by her wrists and ankles during unconstitutional search after she didn’t use a traffic signal… NO drugs were found
04/13/2016 / By newstarget / Comments 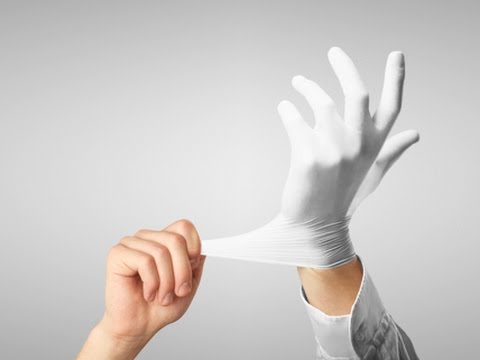 Yet another case of a driver sexually assaulted in the name of the war on drugs dramatically illustrates the dangerously broad powerthat police officers have to mess with motorists. According to a lawsuit filed last September, described in a February 3 ruling by federal judge in Pennsylvania, Kimberlee Carbone was pulled over by New Castle police in November 2013, ostensibly because “she did not apply her turn signal at least 100 feet before the intersection.” She was then subjected to a degrading five-hour ordeal that included a bogus DUI arrest, a search of her person and her car, a strip search at the county jail, and multiple probings of her anus and vagina at a hospital. As with David Eckert in New Mexico and the various women whose body cavities have been invaded by cops in Texas, no drugs were found.

Officer David Maiella stopped Carbone in the late afternoon of November 3, 2013, after seeing a man, later identified as Jason Monette, “briefly enter an apartment” and get into her car. Presumably Maiella suspected Monette of buying drugs, and the official, unverifiable justification for pulling over the car was merely a pretext. But according to the Supreme Court, that’s OK. About 15 minutes after the stop, Police Chief Robert Salem and Lawrence County District Attorney Joshua Lamancusa arrived at the scene, where they grilled Monette about her companion and asked her whether she had any drugs. She said she didn’t, but they did not believe her.

Suddenly claiming to smell the odor of burnt marijuana coming from Carbone’s car, Maiella arrested her on suspicion of driving under the influence. He did not administer a roadside sobriety test, which is standard procedure in DUI cases. But he did pat her down, which was allowed as a “search incident to arrest,” and he later obtained a warrant to search her car. Neither search discovered any contraband.

At the Lawrence County Correctional Center, Carbone was forced to remove her clothing, “bend over, spread her buttocks, and cough.” Carbone says two corrections officers, April Brightsue and Niesha Savage, mistakenly thought they saw a plastic bag protruding from her vagina, so they repeatedly instructed her to “prod her personal areas by inserting her fingers into her vagina” in the hope of dislodging the imaginary item. Then they had her bend over, spread her buttocks, and cough again. Carbone was “crying hysterically” and insisting that she was not concealing anything inside her body. The Supreme Court has approved strip searches as a routine jail precaution for incoming arrestees, even when they are charged with minor offenses and there is no reason to think they are concealing drugs or weapons.

Maiella, the arresting officer, asked Salem and Lamancusa what he should do next, and they instructed him to take Carbone to Jameson Hospital in New Castle for “an internal examination of her body cavities.” At the hospital, the cops found a doctor, Bernard Geiser, who agreed that Carbone needed treatment “for a possible overdose, rectal packing and/or oral intake of a controlled substance.” But Carbone did not consent to “treatment,” and the police did not obtain a warrant authorizing the procedures that followed.

Carbone “was restrained to a bed by her wrists and ankles” as Geiser “performed an internal inspection of her vagina and rectum.” He did not find anything. When Carbone said she needed to urinate, she was instructed to do so by squatting over a bedpan on a chair. No foreign objects were found in the bedpan, and no drugs were detected in her urine (despite the fact that she was arrested for driving while stoned). Since Geiser and the cops thought Carbone “might have something located deeper in her vagina and rectum,” she was subjected to an involuntary CT scan, which found no foreign objects.

During the CT scan, Carbone says, Lamancusa, the D.A., told her the ordeal would end “if she helped him by provid[ing] information regarding drug-related activity.” He also asked her “if she knew what prison felt like.” The lawsuit says Lamanusca and the cops added insult to assault by making “derogatory remarks about her compromised position.”

Still determined to discover contraband, Geiser “performed a second internal examination of [Carbone’s] vagina and rectum,” then instructed two nurses to perform a third. They also swabbed her vagina “for testing.” After none of these inspections turned up evidence of a crime, Maiella told Carbone she was free to go. She was discharged from the hospital at 9:15 p.m., having spent an hour and a half there and a total of five hours in police custody.

This pattern of escalating searches is similar to what David Eckert experienced after police in Deming, New Mexico, pulled him over for failing to make a complete stop at a stop sign as he left a Walmart parking lot in January 2013. The psychology is understandable: Convinced that someone is carrying drugs, cops and the doctors who willingly assist them see every fruitless examination as a reason to redouble their efforts rather than a reason to question their premise. The more they pointlessly violate the suspect, the more determined they are to justify their efforts and the humiliation they are inflicting.

Although the Supreme Court has upheld routine pat-downs of arrestees and routine strip searches of detainees entering jail, it has never approved the sort of warrantless “treatment” that Carbone says she underwent at Jameson Hospital. In the 1985 case Winston v. Lee, the justices rejected court-ordered surgery to recover a bullet from a robbery suspect, finding that the evidentiary value of the bullet was outweighed by the risks of the operation and the injury to the suspect’s “dignitary interests in personal privacy and bodily integrity.” It seems likely that the CT scan and multiple vaginal and rectal invasions performed on Carbone without her consent would fail that test as well.

Carbone sued Maiella, Salem, three other police officers, Lamancusa, Brightsue, Savage, Geiser, and a nurse who assisted him, along with the city of New Castle, Lawrence County, and Jameson Health Systems. In his February 3 ruling, U.S. District Judge Terrence McVerry dismissed six of her claims but allowed her to pursue several others, including violations of her Fourth Amendment rights by the police defendants.

Notably, McVerry declined to dimiss a false imprisonment claim against Geiser, who argued that he “was acting in accordance with what he perceived as a valid arrest” and therefore “could not have intended to unlawfully detain” Carbone. “Even if the arrest were facially valid,” McVerry writes, quoting an appeals court decision, “circumstances attending or following a detention lawful in its inception may render it unlawful so as to impose liability for false imprisonment.”

However Carbone’s lawsuit ends, there is no question that the treatment she describes is outrageous, and it would still be outrageous even if police had found drugs in any of the increasingly private locations they searched. The case shows once again how the war on drugs turns peaceful behavior into a crime while transforming criminal aggression into law enforcement.

I left messages seeking comment on this case from the New Castle Police Department and Jameson Health Systems. I will update this post if and when I hear back from them.

Addendum: Radley Balko and Conor Friedersdorf discuss a warrantless, fruitless roadside body cavity search in Aiken, South Carolina, that was so thorough the cops debated with their victim whether the hard object they were feeling was a hemorrhoid.

Addendum II: As a reader points out in the comments, Jameson Hospital is the same medical facility that was sued for facilitating state-sanctioned kidnapping by reporting new mothers who tested positive for opiates to the county, even when the cause was foods containing poppy seeds. In 2013 the hospital settled a lawsuit brought by a woman who temporarily lost her baby because she ate a poppy seed bagel before giving birth. Another woman sued Jameson after a positive drug test and infant seizure triggered by pasta salad with poppy seed dressing.

Addendum III: A case involving a New Mexico woman who was kidnapped and sexually assaulted at a Texas hospital in 2012 based on a dog’s purported alert at a border crossing in El Paso does not bode well for Jameson. In 2014 the University Medical Center of El Paso agreed to a $1.1 million settlement of the woman’s claims against the hospital and the doctors involved in the body cavity searches, which found nothing incriminating.

Update: New Castle Police Chief Robert Salem says “I’m not at liberty to discuss the case” because of the pending litigation.