Uncensored and Independent Media News
Home
Health Freedom
Second Amendment
Prepping
Survival
Censorship
Subscribe
SHOP
Popular Articles
Marine gets real on the American flag-burning trend: ‘I served 10 years so you could do that’
04/14/2016 / By newstarget / Comments 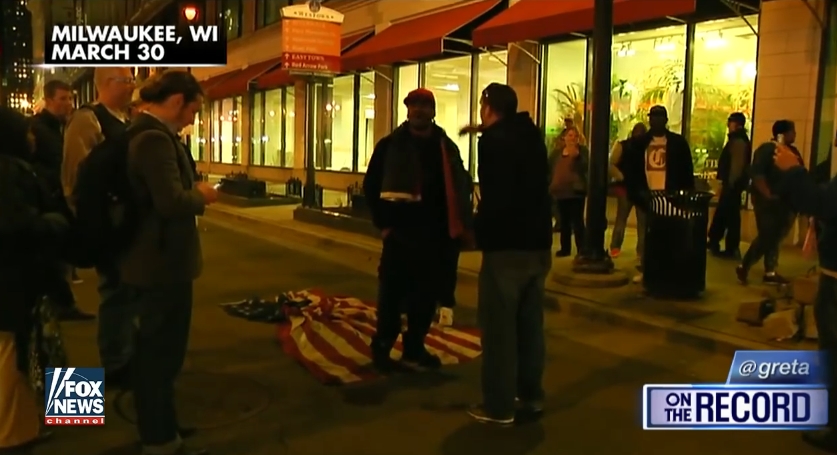 A disturbing trend is beginning to unfold as protesters show up to presidential rallies stomping on our nation’s flag.

(Article by FoxNews, republished from //insider.foxnews.com/2016/04/06/marine-vet-responds-trump-protesters-stomping-american-flag)

These activists say they started the movement to take a stand against black suppression in America, specifically the shootings of African-Americans by white police officers.

Their actions have understandably upset many across the country. But, legally, they are protected under the freedom of speech, reported Matt Finn.

One of the flag-stomping acts took place right outside an On the Record town hall in Milwaukee, Wisconsin, where Marine veteran Dan Manusos caught the atrocious demonstration on camera.

He described the scene to Greta tonight, saying that he walked up to a protester and told him, “I did 10 years in the Marines so you could do that. You’re welcome.”

In response, the man simply “looked at me and nodded,” he said.

The protester then got a look at Manuso’s Marine Corps shirt, and “gave me the bird,” he added.

Manusos said that although he was reluctant to give the protesters the reaction they were seeking, “it is still a shock when you see it – just blatant.”