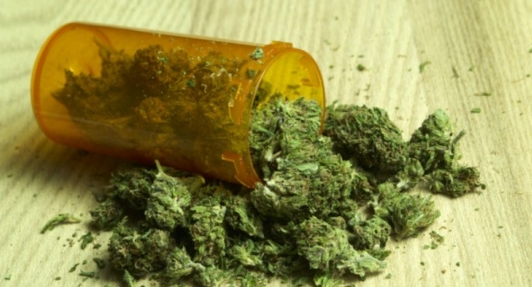 A new study says that marijuana use does not cause undue stress, depression or anxiety, in contrast to widely held belief in some social, scientific and political quarters, but does produce other ill-effects.

The study by researchers at Columbia University and published in the Journal of the American Medical Association’s JAMA Psychiatry refutes past research that appeared to suggest that pot use may cause short-term paranoia or other psychosis.

In conducting their research, scientists at Columbia used a nationally representative sampling of almost 35,000 U.S. adults who were 18 and older, the Daily Mail Online reported. Study participants were interviewed first during sessions in 2001-2002 and then again three years later, from 2004-2005, in the National Epidemiologic Survey on Alcohol and Related Conditions.

In analyzing the results, researchers determined that pot use was linked to a “significantly increased risk for developing alcohol, cannabis and other drug use disorders,” which also included dependence on nicotine.

“Use of cannabis can also lead to behavioral disinhibition, which increases the likelihood of use of other substances and the risk of abuse or dependence on those substances,” researchers found.

In addition, pot smokers are five times more likely to develop alcohol addiction, and for people who are already battling alcohol-related disorders, marijuana use is only likely to aggravate that dependency.

“Our results suggest that cannabis use appears to be associated with an increased vulnerability to developing an alcohol use disorder, even among those without any history of this,” said Dr. Renee Goodwin, an associate professor of epidemiology at Columbia Mailman School of Public Health.

“Marijuana use also appears to increase the likelihood that an existing alcohol use disorder will continue over time,” Goodwin added.

Dr. Mark Olfson, who headed up the second study, noted further “these adverse psychiatric outcomes should be taken under careful consideration in clinical care.”

The study’s findings also urged caution in the development and implementation of policies related to legalizing cannabis for recreational uses because they could “lead to greater availability and acceptance of cannabis, reduced perception of risk of use and increased risk of adverse mental outcomes.”

Earlier, a separate study suggested that marijuana could be a promising treatment for several different physical and mental health problems like post-traumatic stress disorder and chronic pain from a previous injury.

Neuroscientists from the University of Buffalo in New York found that chronic stress contributed to a reduction in the production of endocannabinoids, the result of which has negative effects on cognition, emotion and behavior, and which has also been linked to diminished feelings of anxiety and pain, as well as a boost in appetite and overall feelings of well-being, the Huffington Post reported.

The new study, however, challenges past studies that claimed marijuana use promoted or bolstered paranoia.

In a 2014 study, British researchers identified several psychological factors that can contribute to short-term paranoia in some people who use marijuana.

The paranoia is caused by the main active ingredient in marijuana, tetrahydrocannabinol (THC), according to the researchers.

The Washington Post also picked up on the study’s finding that increased pot use also led to an increased use of alcohol.

“The findings concerning cannabis raise the question of whether alcohol use also contributes to the risk of subsequent substance use disorders,” said Olfson, adding that that issue was beyond the scope of his study.

Olfson’s research is “a strike against the hypothesis that cannabis uses causes mood and anxiety disorders,” said Keith Humphreys, an addiction and mental-health specialist at Stanford University, in an email to the Post, adding that the study does not mention a previously reported potential link between pot use and schizophrenia.