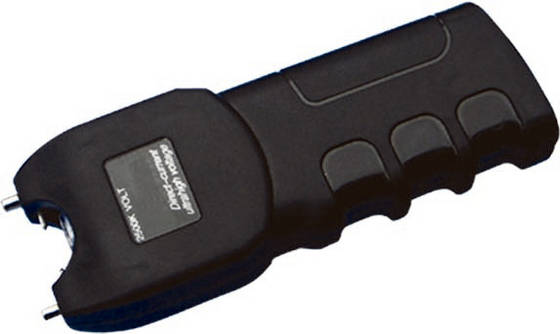 For millions of Americans who live in gun-free zones – that is, cities and localities where elected officials refuse to extend to citizens their right to keep and bear arms in public – lesser forms of personal defense are permitted. Many of them carry pepper spray, “stun” guns and other non-lethal devices in order to protect themselves from the criminal element.

But in a stunning development, the U.S. Supreme Court may decide to rule on a case this summer that could outlaw such non-lethal protective devices, and at a time when murder rates and other violent crimes are rising.

As reported by Off The Grid News, the case – Caetano v. Massachusetts – stems from a ruling by that state’s highest court that the Second Amendment’s right to bear arms does not apply to non-lethal weapons, therefore the state’s ban on such devices ought to stand.

“That case involved Jaime Caetano, a woman who was carrying a stun gun in her purse for protection from an abusive ex-boyfriend. The ruling was appealed to the Supreme Court, which has yet to determine if it will hear it,” Off The Grid News reported.

What makes it more likely that the nation’s highest court could decide to hear the case is that a different court in another state – the Michigan Court of Appeals – has said just the opposite, that stun guns are indeed protected by the Second Amendment.

Up to this point the Supreme Court has never ruled on whether a stun gun or other non-lethal devices are covered by the Second Amendment, but in Massachusetts otherwise law-abiding citizens can be charged criminally for attempting to protect themselves using non-lethal means.

“The ability to possess a stun gun instead of a handgun is an important aspect of the right to keep and bear arms,” Caetano’s attorneys wrote in an amicus brief [PDF] to the Supreme Court. “Some people have religious or ethical compunctions about killing. Other religious and philosophical traditions, such as Judaism and Catholicism, believe that defenders ought to use the least violence necessary.”

In their brief the attorneys also said there are instances when less-than-lethal force is warranted and even preferred.

“Still others might be reluctant to kill a particular potential attacker, for instance when a woman does not want to kill an abusive ex-husband because she does not want to have to explain to her children that she killed their father, even in self-defense,” they wrote. “Some might fear owning a gun because it might be misused by their children or by a suicidal roommate.”

But the Massachusetts law, they added, deprives citizens of what ought to be their personal protection choice.

“Some people who do own guns may prefer to own both a firearm and a stun gun, so that they can opt for a nonlethal response whenever possible, resorting to lethal force only when absolutely necessary,” the brief noted.

Other Left-wing states have enacted laws against owning at least one type of non-lethal weapon: Hawaii, New Jersey (where Gov. Chris Christie is running for the Republican presidential nomination), New York, and Rhode Island.

The legal question asked by the brief states, “Whether the Second and Fourteenth Amendments protect a right to keep and bear weapons that are less deadly (but also less common) than handguns.”

An opinion column in The Wall Street Journal, by Heather Mac Donald, the Thomas W. Smith fellow at the Manhattan Institute and a contributing editor of City Journal, noted that crime rates have risen substantially in major U.S. cities but that the Old Media is under-reporting the spike.

“An 11% one-year increase in any crime category is massive; an equivalent decrease in homicides would be greeted with high-fives by politicians and police chiefs. Yet the media have tried to repackage that 11% homicide increase as trivial,” she wrote in a column published on Christmas Day.

Mac Donald says the bump in crime is due to the Ferguson Effect: “cops backing off from proactive policing, demoralized by the ugly vitriol directed at them since a police shooting in Ferguson, Mo., last year.”