Worth the cancer? Fracking dumps 15 billion gallons of toxic wastewater into the ground each year 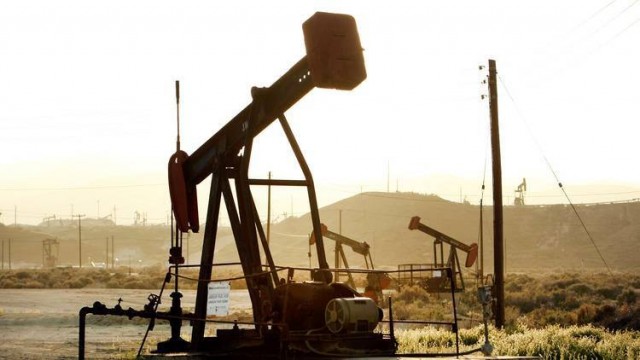 The U.S. fracking revolution has created an economic boom in terms of natural gas prices. Nevertheless, the process contaminates a staggering 15 billion gallons worth of wastewaster with cancer causing chemicals each year, thereby calling into question whether the economic benefits of fracking outweigh the risks.

Concerns about the adverse effects of fracking are on the rise. A recent report released last Thursday highlights the amount of water contamination, air pollution, climate impacts and chemical use in fracking in the United States, reports Think Progress.

“For the past decade, fracking has been a nightmare for our drinking water, our open spaces, and our climate,” Rachel Richardson, a co-author of the paper from Environment America, told sources.

Hydraulic fracturing, otherwise known as fracking, is a shale gas and oil mining technique that involves injecting a cocktail of water, sand and chemicals deep into the earth, which allows gas to flow out of the head of the well.

After the bedrock has been fractured, the injected water returns to the surface, bringing all the heavy metals and radioactive isotopates embedded within the bedrock back with it. This wastewater is usually injected in “wastewater wells” to be stored indefinitely.

The Environment America report found that a minimum of 239 billion gallons of water has been exhausted by fracking. In 2014, fracking was responsible for 15 billion gallons worth of wastewater. In most cases, the wastewater cannot be reused and is highly toxic. Whenever officials reinject the wastewater into the ground, it can bleed over into drinking water sources. Common chemicals in the wastewater include formaldehyde, benzene, and hydrochloric acid.

The dangers of fracking

Local residents have raised concerns about the impact the wastewater has on public health. Last summer, for instance, Texas scientists discovered that elevated levels of cancer-causing chemicals in the drinking water of one of the state’s most active fracking areas. Furthermore, wells have been shown to increase the pressure on seismic faults, which is increasing the frequency of earthquakes in states like Oklahoma.

Among other states, the LNG pipeline San Bruno, California exploded as a consequence of methane leaks, killing eight people and leaving dozens injured. And in Pennsylvania, two families were awarded $4 million in wake of a legal battle against a fracking company that they claim contaminated local drinking water.

“I think the report paints a frightening picture of fracking’s harms,” Richardson said. “A lot of these harms are things that people living on fracking’s front lines are experiencing first hand.”

Fracking is also detrimental to climate. Natural gas is 80 percent methane and locks in heat 86 times more successfully than CO2 over the course of twenty years. Wells fracked in 2014 released approximately 2.4 million metric tons of methane gas, according to Think Progress.

President Obama recently stated that the EPA will start a rule-making process that will restrict methane from existing oil and gas companies. Some states, like New York, have outright banned fracking altogether, whereas other states, like Maryland, have placed a temporary ban on fracking until future research sheds light on its risks.

The authors of the report say they hope their findings will help policy makers and communities recognize the risks posed by fracking, and to take active steps towards mitigating those risks.

“The best way to protect our health from fracking is to ban this practice and keep these dirty fuels in the ground,” Richardson concluded.