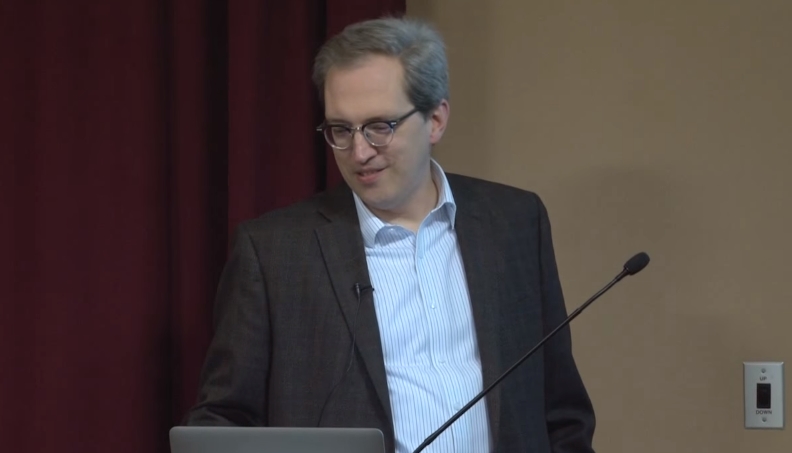 In recent days, Natural Newshas kept tabs on the growing campaign of censorship and intimidation aimed at the explosive new documentary, VAXXED: From Cover-up to Catastrophe, which details the decades of scientific fraud covering up the link between vaccines and the injuries that they routinely cause.

We were also able to report exclusively that the Wikipedia entry for VAXXED was written by none other than pro-vaccine shill Dr. David Gorski, notorious for his relentless and callous attacks on vaccine skeptics, alternative medicine and its supporters.

Then entry gives short shrift to the meat of the film – the data, the scientific proof, the confirming research and the admission by Dr. William Thompson of the CDC that he and others with the agency suppressed a link between vaccines and autism. In fact, the entry goes out of its way to denigrate the film, using wording like “discredited” and “so-called ‘CDC whistleblower.'” Also, Gorski even quotes himself in the entry, while giving much weight to “experts” who are obviously skeptical and dismissive of the film’s contentions.

But then, that is Gorski’s modus operandi; this surgical oncologist with the Karmanos Cancer Center has a long history of shilling for Big Pharma and cancer-causing medical treatments because after all, that’s where his bread and butter lies.

“I believe it is no coincidence that Dr. David Gorski financially benefits from the very same cancer that’s caused by the things he promotes, such as vaccines,” said Mike Adams, author of Food Forensics, science lab director of CWClabs.com, editor of NaturalNews.com and creator of Medicine.news.

Here we have another case of an unethical, deranged science quack parading around as an authority on medicine while actually pushing corporate-backed propaganda that brings him more money in the end. This can really only be described as an ecosystem of cancer fraud and medical malpractice, in which human beings are sacrificed on the altar of cancer profits to benefit people like Dr. Gorski and other similar fraudsters such as Dr. Farid Fata, who was recently sentenced to 45 years in prison for falsely diagnosing – and then treating – scores of patients so he could bilk the government out of tens of millions of dollars in fees.

“If a doctor abuses his trusted status to disparage, belittle, mock, and ridicule others, it is a grave matter,” adds Ty Bollinger, editor of TheTruthAboutCancer.com, author and documentary film producer. “However, it is much more serious if that same doctor abuses his trusted status to routinely lie about published medical research and makes false claims to intentionally deceive those who trust him, resulting in their injury. Enter Dr. David Gorski who has become the online spokesperson for the vaccination industry.”

As further reported by Medicine.news:

[Gorski] is an established pro-vaccine internet troll with ties to the Barbara Anne Karmanos Cancer Institute, notorious for experimental cancer treatments and drugs that have been fast-tracked by the FDA.

The institute, by the way, is the same one where Fata leased office space, so there may be a link between him and Gorski. As we reported recently:

Dr. David Gorski is an established pro-vaccine internet troll with ties to the Barbara Anne Karmanos Cancer Institute, notorious for experimental cancer treatments and drugs that have been fast-tracked by the FDA.

Karmanos is also where cancer fraudster Dr. Farid Fata had his clinic. Fata used aggressive chemotherapy treatments on cancer-free individuals, over-administered chemotherapy on people with no chance of survival, undertreated cancer patients, overbilled insurance, and defrauded the government out of $17 million.

“Gorski routinely behaves like a megalomaniac and has taken the vaccination debate down into the ‘cyber gutter’ with his vile and vindictive bully posts to anyone who dares to question him, typically attacking them with paragraph after paragraph of smokescreens, name-calling, and ‘e-bloviating,'” Bollinger continued. “It’s a sure fire bet that whenever Gorski uses pejoratives like ‘quack’ and ‘science denier,’ he has zero interest in any logical or reasonable discussion.”

In addition to shilling for Big Pharma and the vaccine makers, Gorski – who is also a professor and medicine researcher at Wayne State University, appears poised to profit from a new autism medication, at least indirectly, and his employer more directly.

According to Jake Crosby in a piece for Age of Autism, Wayne State has a lot to gain from an ALS drug called riluzole that could be used to treat autism. He further notes that Gorski is experimenting with the same drug as a potential treatment for breast cancer.

The world’s biggest vaccine maker, Sanofi-Aventis, is reportedly in a partnership with Wayne State worth as much as $39 million. Sanofi-Aventis also happens to be the developer of riluzole, which is being marketed as Rilutek.

“Therefore… Gorski has a reasonable expectation to receive money from a vaccine maker, even if it is through a third party,” said Crosby.

“It is a sad commentary on the nature of humanity that individuals of such evil and destruction exist in our world… and are even financially rewarded for promoting the harm of others,” added Adams.