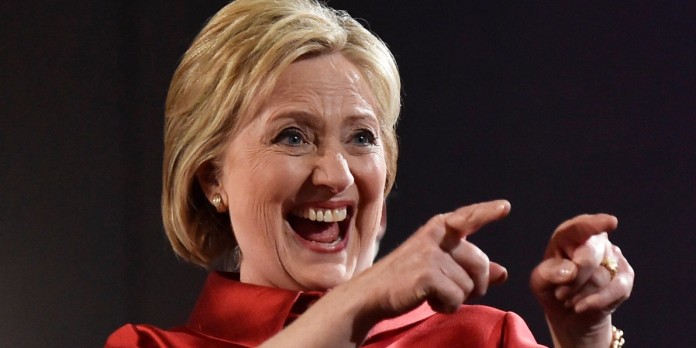 A video of a woman asserting that gun owners are terrorists during a round table meeting in New York yesterday shows Hillary Clinton nodding along in agreement.

“Citizens are the terrorists, right?” the woman states as Hillary nods multiple times.

“We’re so worried about terrorism but we have terrorism on our own soil,” the woman continues.

When she claims that “gun manufacturers, our ammunition manufacturers are making terrorists out of our citizens,” Hillary’s agreement seems even more vehement.

Does Hillary actually believe that Americans who exercise their Second Amendment right to own guns are jihadists on a par with ISIS?

Are gun manufacturers on a par with terrorists who build bombs to slaughter innocent people?

Clinton’s grasp of constitutional rights over recent months has been somewhat weak.

Back in February the presidential frontrunner confused the Constitution with the Declaration of Independence during an anti-gun rant.

During a town hall meeting in October last year, the former Secretary of State also said that a nationwide gun confiscation program based on a similar model to Australia was “worth considering”.