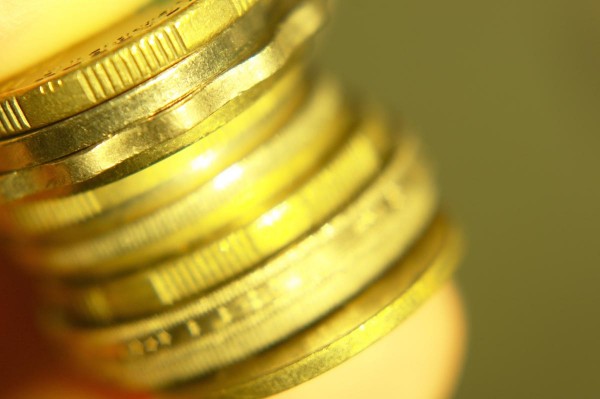 For decades the global financial elite have pooh-poohed the notion that buying gold, silver and other precious metals was a good hedge against a financial collapse.

But something odd is happening now: Big banks are snatching up the same precious metal assets that their managers used to shun and mock, and that has caught the attention of financial analysts and other experts who see the purchases as a way to survive an approaching economic crisis.

The big players are driving this

As reported by The Daily Sheeple:

Financial markets across the world took a crushing blow last week as exuberant investors from Asia to the United States came to the realization that the economy may not be doing as well as governments want us to believe. That something big is coming should be a foregone conclusion, especially considering that sophisticated high net worth investors are positioning themselves like never before in physical precious metals.

As SHTFPlan.com reported, the CEO of one of the world’s biggest silver producers, there are looming shortages of precious metals that could drive gold to $5,000 an ounce and silver to more than $100 an ounce over the next three-to-five years.

First Majestic Silver chief Keith Neumeyer, who also serves as chairman of mineral bank First Mining Finance, has said that as commodities prices collapse, mining firms around the globe are cutting back or shuttering operations altogether, two actions that will eventually lead to a supply shortage industry-wide and a resultant rebound in metals prices.

What’s more, others are flocking to metals, some who are well-known – like billionaires George Soros and Carl Icahn, both of whom are snatching up gold. In fact, noted Mac Slavo at SHTFPlan.com, “Soros is so convinced that a paradigm shift is in the works that after warning of financial collapse and violent riots in America he sold his holdings in major U.S. banks and allocated more of his portfolio into gold mining firms.”

Also, The Daily Sheeple added, Neumeyer and Silver Investor’s David Morgan have said that major financial institutions “operating in the shadows” are also snatching up silver and gold coins, as well as small bars of bullion at such high rates that mints in the U.S., Canada and Australia are not keeping up with the massive demand.

“I’m seeing the numbers coming out of the the Canadian Mint, Australian Mint and the U.S. Mint… the numbers are quite high for silver coins and to a lesser degree gold coins… I think, personally, that the commercials are buying them… I think that very sophisticated high net worth investors at banks and institutions are buying them,” Neumeyer said in an interview with SGT Report.

“I just know through my sources that it is very unlikely that the buyers of these Silver Eagles [coins] are retail buyers because the retail buyer is just not in this market,” he added. “Yet, these dealers are selling out of their coins, you know…who is the buyer? I believe it’s the banks.”

Asked whether he thinks financial insiders are panic-buying precious metals ahead of a looming global currency reset or coming monetary crisis, Neumeyer responded without hesitation, “I one hundred percent agree with that.”

I think the financial crisis of 2008-2009 was completely orchestrated. I think it was known by the insiders… the banking insiders… possibly even the Federal Reserve itself knew what they were creating and knew that there was going to be a crash coming…

The same thing’s happening all over again. They’re driving down the metals and it represents another huge theft that we’re experiencing right now.