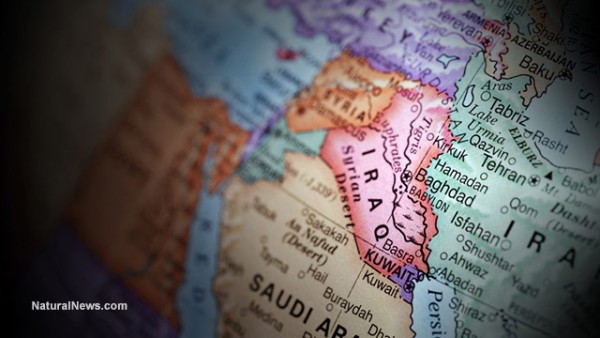 The Obama administration continues to provide legal cover for illegal immigrants, people who have overstayed their visas and, unfortunately, terrorist suspects who should not have been admitted into the country in the first place (some “vetting process,” huh?).

As reported by the Washington Free Beacon, after the discovery of a suspected terror cell in Texas that was allegedly being operated by an Iraqi who entered the U.S. as a refugee, it was learned that an additional 41 people (click here[PDF] to see more ) have been implicated in terrorist plots in the country since 2014. That, the news site reported, brings the number of terrorists discovered in the United States since then to 113, information from congressional sources indicate.

Since August, however, the Obama administration has stonewalled Congressional efforts to obtain more detailed immigration histories of these individuals, prompting frustration on Capitol Hill and accusation that the administration is covering up these histories to avoid exposing flaws in the U.S. screening process.

The finding that 41 additional individuals linked to terrorism have been discovered in the U.S. – many who were identified as immigrants, while the immigration history of others is surrounded by secrecy – is producing new concerns over likely flaws in the immigrant vetting process that will most likely lead to additional congressional inquiry into the White House’s incessant efforts to keep close details regarding these suspects.

With the number of legal immigrants who are being linked to terrorism continuing to grow, the White House has looked to stem a slew of congressional inquiries while empowering political allies in an all-out effort to increase the number of immigrants and refugees streaming into the country, especially from the war-torn Middle East.

Many of them have been apprehended by police and federal authorities as they were planning terrorist attacks on U.S. soil, the WFB reported, as others were found to have become active in providing funding and material support for the Islamic State of Iraq and Syria (ISIS), according to congressional sources and other materials provided to the news site.

“A growing number of foreign-born terrorists are being identified operating within the United States, and yet the Administration will not provide any information about their immigrant histories,” said one senior congressional source who happened to be apprised of the issue. “And one can only imagine that for every identified terrorist, there are many more individuals around them who are radicalized, extreme or otherwise detracting from American society in ways beyond the threat of terrorism alone.”

Meanwhile, there has been an increase in calls from the Republican-led Congress to boost and diversify screening methods, but those are largely being ignored, even as local police increasingly are dealing with a surge of terror-related crimes that have been committed by legal immigrants.

In recent days, as reported by NationalSecurity.news, federal authorities charged a pair of Iraqi refugees with conspiring to provide support for ISIS and set off explosives in two Texas shopping malls.

In addition, officials say that Omar Faraj Saeed Al Hardan, 21, a Palestinian-born Iraqi, one of the suspects, was also learning how to build electronic transmitters he and others could use to remotely detonate explosive devices. He was granted permanent legal residence in 2011 and took up residence in Houston. Only later did the Justice Department discover that he “swore untruthfully on his formal application when applying to become a naturalized U.S. citizen.”

Following Al Hardan’s arrest, Texas Gov. Greg Abbott criticized the Obama administration’s refugee policies. Abbot has been among the most vocal of several Republican governors who have also called on Obama to halt the resettlement of Syrian refugees because some of them could actually be jihadis using the resettlement system as cover, NationalSecurity.news reported.

“The terrorism-related arrests of two more Iraqi refugees on American soil proves once again our screening process is weak and needs to be updated,” Sen. Mark Kirk (R., Ill,) said in a statement, the WFB reported.