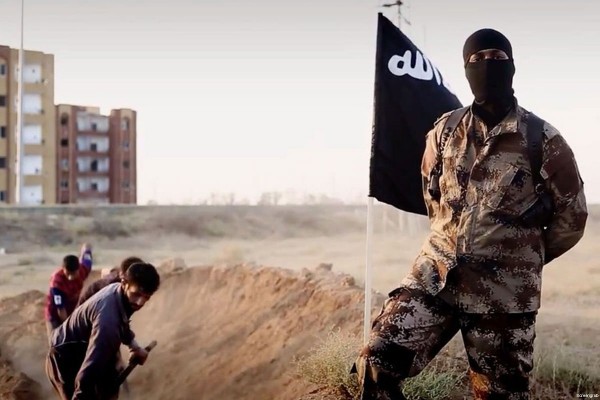 It’s just like something out of a Hollywood script – war, espionage, intrigue, suspense, death.

As reported by the Supreme Patriot website, there is one thing that has leaders of the Islamic State shuddering in fear: Sudden death from someone who happens to be a pretty good shot.

As further reported by the UK Daily Mail, ISIS chiefs are living in fear of a mystery sniper following rumors that three of the terrorist group’s leaders have all recently been assassinated by long-range shots within 10 days of each other with.

The leaders are said to have been picked off one-by-one in Sirte, the Libyan coastal city where Muammar Gaddaffi was born, which the militants took control of last year.

According to unconfirmed social media reports, ISIS fighters are now sweeping the city for the man ordinary Libyans are said to be dubbing ‘Daesh hunter.’

The men have reportedly all been shot and killed one-by-one in the Libyan coastal city of Sirte, birthplace of the late Libyan leader Col. Muammar Gaddaffi, which ISIS militants and others took control of in 2015.

Unconfirmed social media reports say that ISIS fighters are currently sweeping the city, conducting a search for the mysterious sniper that ordinary Libyan citizens are calling “Daesh hunter,” after a slang term for ISIS used by locals.

The first to be assassinated was Hamad Abdel Hady, a Sudanese national who was killed on Jan. 13, according to a report in Libya Prospect. Reports said he was an official in the sharia court system established by ISIS, which metes out a warped and violent sense of justice.

“State of terror prevailed among the IS ranks after the death of Al-Muhajer, they randomly shot in the air to scare inhabitants, while searching for the sniper,” one source told the news site.

Next was Abu Mohammed Dernawi who was killed on Jan. 19 near his home in Sirte, other reports said. And the most recent official killed is rumored to be Abdullah Hamad al Ansari, a top-ranking ISIS commander from southern Libya; he was shot dead after he left a mosque on Jan. 23.

Still, some think that the assassinations may not be part of a larger strategy against ISIS in Libya. A journalist, Daniele Raineri, said that a similar killing took place in July when an ISIS preacher was shot, the Daily Mail reported.

The reporter further urged caution in believing something that may just little more than “wild rumors,” according to his Twitter feed, the paper reported.

That said, social media is afire with reports and rumors about the sniper who has become like a local folk hero to Libyans living under the strict control of the vile terrorist organization, the Libyan Herald said.

ISIS is not very popular in the city; days after the first assassination a “photo report” showed up depicting members of the Islamic State executing three men and whipping another just for taking a drink of alcohol [this, from the same group whose members have no problem having sex with teenage and preteen girls].

According to some estimates ISIS has about 3,000 fighters in Sirte. The group has implemented strict rules that are well-known to residents in the Islamic State’s defacto capital, in Raqqa, Syria.

Beheadings and crucifixions beset the town, which has been deserted by thousands of citizens.

Throughout the Middle East, ISIS has caused turmoil and devastation wherever the terrorist group has gone, displacing hundreds of thousands of people in Libya, Iraq and Syria. Many of those have become refugees and are streaming into Europe, creating a backlash from some Europeans as their cultures clash.