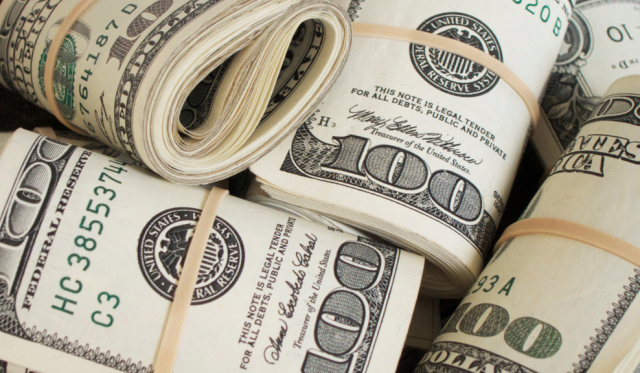 Most folks I know are honest, hard working and watching their pennies. This is the opposite paradigm from the Federal Government. But you knew that already. Between 1975 and 1987, Wisconsin Senator namely William Proxmire rooted out a few boondoggle government programs and awarded them what he called the Golden Fleece Award. He called out the National Science Foundation’s spending of a half a million dollars to discover why rats, monkeys and humans clench their jaws, and why the Federal Energy Administration spent millions to discover if drunk fish are more aggressive than sober ones, or if rats can be systematically turned into alcoholics. This is no joke. Senator Proxmire had his foibles, but I imagine if he were still with us, he’d certainly award the Transportation Security Administration (TSA) a Golden Fleece award for spending over a million bucks for a phone app that tells travelers to go left or right. It’s called the Randomizer app. Geek has the details:

“If you’ve traveled through US airports in recent years then you’re well aware of the TSA Pre-Check lanes. It is a faster way to get through airport security for low-risk travelers, and allows you to keep your shoes and belt on.

“TSA Pre-Check is faster, but it also includes random searches and that’s where the Randomizer app comes in. The app randomly chooses whether travelers go left or right in the Pre-Check lane. That way, nobody can predict which lane each person is assigned to and therefore can’t figure out how to avoid the random checks.”

OK, for us non techies, how easy is it to create a Randomizer app?

“When someone starts learning how to code, one of the first things they create is a program that generates and outputs random numbers. In most cases it’s an incredibly simple program to make because your programming language of choice has a randomizing function available to use.”

If it’s so incredibly simple, why did it cost over a million dollars? I am reminded of Halliburton’s cost plus contracts in Iraq, where their buddies just kept sending receipts, with no limits. Wait, that was billions. This is only $1.4 million, which much easier to slip through the cracks of bureaucracy. But the actual app cost less, says Freedom Beacon:

“The Transportation Security Administration paid IBM $336,413.59 for an app that randomly selects right or left when tapped by a TSA agent.”

“We know this thanks to developer Kevin Burke who submitted a Freedom of Information Act request asking for details about the app. And if you think paying over $336,000 for an app like this is ridiculous, well, that’s just the tip of the iceberg.

“The contract for the TSA Randomizer app was won by IBM. The total paid for the project is actually $1.4 million, but the cost is not broken down in the documents Burke received in response to his request. It could be IBM [that] supplied all the iPads and training as well as the app itself. Even so, the cost of the project is crazy. It’s an app that is just randomly selects left or right.”

Random app or not, I don’t want to be touched by any TSA agent, especially one that would steal my food, or my computer, like TSA agent Nelson Santiago who put ipads down his pants. Some of these things, you just can’t make up.