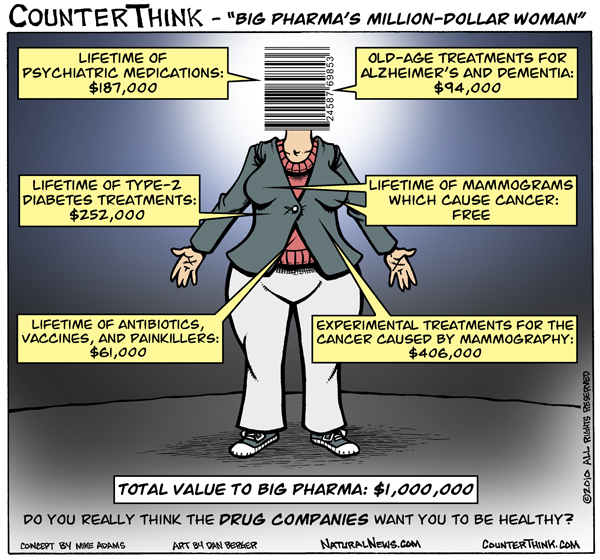 War has been declared. But it’s not the tax increasing, lie and slavery inducing wars like President Johnson’s war on poverty, Nixon’s war on drugs or Bush/Obama’s war on terror. No, this is a war that you may already be fighting; a war that exposes the underbelly of Big Pharma and the governmental agencies that promote them. The group Anonymous is now gearing up for this battle with a new video announcement, as reported by Natural News:

“An ‘Anonymous’ YouTube user named ‘TheAnonMessage’ has just announced #Op_Pharma, a coordinated effort to expose the ‘lies and corruption of the medical system’ and Big Pharma… The video introduction uses clips from a documentary that includes the voice of the Health Ranger and other outspoken critics of the pharmaceutical cartels. From there, the video shows a ‘V for Vendetta’ video while a computer generated voice speaks the following:

We have ignored their crimes for too long… How long do we keep feeding our children poison? How long should we allow their crimes to go unpunished? Many of you have already woken up to this profit-driven system. It is time to take action. It is time to expose the corruption and demand justice for the victims. Our life is more important than their profits. We are more than a commodity for a business.”

Has your family been injured by the toxic chemicals in our food, medicines and water? Fluoride, GMOs and the other thousands of synthetically produced toxic substances are found in the products we use every day. They are even being detected in the most sacred space in the universe – the umbilical cord blood giving nutrients to the baby inside a mother’s womb. In a study from 2005, the Environmental Working Group shares the tragic details:

“In a study spearheaded by the Environmental Working Group (EWG) in collaboration with Commonweal, researchers at two major laboratories found an average of 200 industrial chemicals and pollutants in umbilical cord blood from 10 babies born in August and September of 2004 in U.S. hospitals. Tests revealed a total of 287 chemicals in the group. The umbilical cord blood of these 10 children, collected by Red Cross after the cord was cut, harbored pesticides, consumer product ingredients, and wastes from burning coal, gasoline, and garbage.

“This study represents the first reported cord blood tests for 261 of the targeted chemicals and the first reported detections in cord blood for 209 compounds. Among them are eight perfluorochemicals used as stain and oil repellents in fast food packaging, clothes and textiles — including the Teflon chemical PFOA, recently characterized as a likely human carcinogen by the EPA’s Science Advisory Board — dozens of widely used brominated flame retardants and their toxic by-products; and numerous pesticides.

“Of the 287 chemicals we detected in umbilical cord blood, we know that 180 cause cancer in humans or animals, 217 are toxic to the brain and nervous system, and 208 cause birth defects or abnormal development in animal tests. The dangers of pre- or post-natal exposure to this complex mixture of carcinogens, developmental toxins and neurotoxins have never been studied.”

How many years did it take to ban PCBs and DDT? How many years did physicians proclaim smoking is good for you, until it was revealed that smoking causes cancer? How many individuals died from Vioxx? How many children have experienced neurological disorders from vaccines? How many individuals have been killed by chemotherapy or by prescription drugs? How many have committed suicide from SSRI’s?  Does your family need a wake up call?  Show them Pharma Death Clock  and enlist them in the war.

Let food be your medicine.