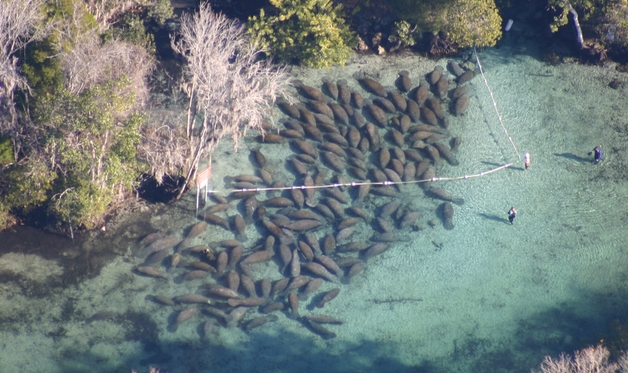 The Environmental Protection Agency –  just typing that name feels incongruent –  proclaimed that we should keep our eyes on two harmful pesticides, plus one. The Guardian reports:

“Almost all of the 1,700 most endangered plants and animals in the US are likely to be harmed by two widely used pesticides… Malathion, an insecticide registered for use in the US since 1956, is likely to cause harm to 97% of the 1,782 mammals, birds, fish, reptiles and plants listed under the Endangered Species Act. Malathion is commonly used to treat fruit, vegetables and plants for pests, as well as on pets to remove ticks.

“A separate pesticide, chlorpyrifos, is also a severe risk to 97% of America’s most threatened flora and fauna. Chlorpyrifos, which smells a little like rotten eggs, is regularly deployed to exterminate termites, mosquitoes and roundworms.

“A third pesticide, diazinon, often used on cockroaches and ants, threatens 79% of endangered species. The EPA Study is the first of its kind to look at whether common pesticides harm U.S. wildlife. In March last year, the World Health Organization said that malathion and diazinon are ‘probably carcinogenic to humans.'”

Glyphosate is not on the list. Hmm, wonder why?

The EPA hasn’t bothered to test it; well, they did once, back in 2011, where 271 out of 300 soybean samples tested positive for glyphosate residue. But there’s been no large scale testing, even though, according to a report filed by Ecowatch, “Farmers sprayed 2.6 billion pounds of Monsanto’s glyphosate herbicide on U.S. agricultural land between 1992 and 2012, according to the U.S. Geological Survey.”

Perhaps glyphosate will be on a future list that shows extensive damage to a very important endangered species: male and female. The EPA announced that they will test for the residues on a few foods in 2016 they plan to discover how much of this toxin we’re eating from corn, milk, eggs, soybeans and other foods sometime in 2016.

For those with no memory of the Vietnam war, Monsanto’s Agent Orange was used extensively as a weapon to defoliate. Here’s what the Aspen Institute says about the ‘killercide’ Agent Orange:

“Agent Orange was a herbicide mixture used by the U.S. military during the Vietnam War. Much of it contained a dangerous chemical contaminant called dioxin. Production of Agent Orange ended in the 1970s and is no longer in use. The dioxin contaminant however continues to have harmful impact today. As many U.S. Vietnam-era veterans know, dioxin is a highly toxic and persistent organic pollutant linked to cancers, diabetes, birth defects and other disabilities.

“The Red Cross estimates that three million Vietnamese have been affected by dioxin, including at least 150,000 children born with serious birth defects. Millions of Americans and Vietnamese are still affected, directly and indirectly, by the wartime U.S. spraying of Agent Orange and other herbicides over southern and central Vietnam… Agent Orange was banned by the U.S. in 1971…”

But now Dow Crop Sciences uses a component from Agent Orange – 2,4-D – in Enlist 3™ their fully approved “triple stack” of GMO corn with it’s DNA invaded by glyphosate, 2,4-D and glufosinate. Now that’s a death cocktail for our soil, plants, animals and children that you might know about. And they call it Enlist. That’s a travesty in itself.

Boycott all GMOs. Educate yourself and your family members. Spend your dollars wisely on clean organic food and alternative healing methods. Make each day count. And forgive one another. That’s one substance we could spray all around every day, yes?