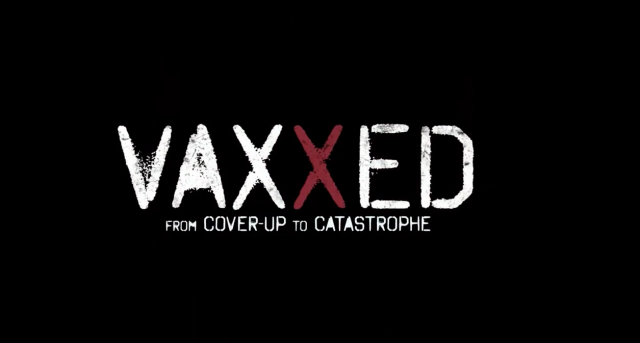 Bribery and extortion are well worn themes used to stamp out truth. The Pharisees paid Judas Iscariot a mere thirty pieces of silver. The love of money is the root of all evil and our Big Pharma vaccine industry does whatever it can to protect its billions of death induced vials. In the case of the documentary VAXXED: From Cover up to Catastrophe, strong arm intimidation to prevent its viewing at a Houston film festival is also part of the mix, as reported by Mike Adams, the Health Ranger:

“Now, in what is being described as ‘criminal conduct and extortion,’ the Chairman of TEAM WORLDFEST in Houston describes how his film festival was aggressively threatened in a criminal manner by government officials to pull the [VAXXED] film:

“[A]fter very threatening calls late yesterday (Monday) from high Houston Government officials (the first and only time they have ever called in 49 years) – we had no choice but to drop the film. Heavy handed censorship, to say the least… they both threatened severe action against the festival if we showed it, so it is out. Their actions would have cost us more than $100,000 in grants…

“This action takes place following the coordinated mainstream media censorship of the same film from Robert De Niro’s Tribeca Film Festival, which pulled the film after it was condemned by pro-vaccine media journalists who had never even seen the film. VAXXED: From Cover-Up to Catastrophe is now the No. 1 most censored film of 2016 and has been dubbed, ‘The movie they don’t want you to see.'”

If Big Pharma extortioners don’t want you to see VAXXED, then by all means, you have to see it

VAXXED: From Cover Up to Catastrophe features William Thompson, the CDC scientist and whistleblower who admitted that the CDC had removed data in their final report about the MMR vaccine.  The removed data showed a causal relationship between autism and the vaccine. Mr. Thompson is quoted on the official VAXXED webite:

“Oh my God. I cannot believe we did what we did. But we did… the lowest point of my career is that I went along with that paper.”

It may have been the lowest point of Mr. Thompson’s career, but how does that compare to the millions of families who are subjected to the injuries of vaccines? It doesn’t. The CDC destroyed information that has allowed this genocide to continue and now they have in their sites taking away your freedom to see this documentary at film festivals.

Just shut up. Take your pill. Do what you’re told. No questions allowed. Command and Control. Here’s your vaccine. Never question. Seek no other truth.

As reported by Geopolitics:

“Dr Peter Fletcher, who was Chief Scientific Officer at the [Britain] Department of Health, said if it is proven that the [MMR] jab causes autism, ‘the refusal by governments to evaluate the risks properly will make this one of the greatest scandals in medical history.’

“He said he has seen a ‘steady accumulation of evidence’ from scientists worldwide that the measles, mumps and rubella jab is causing brain damage in certain children… There are very powerful people in positions of great authority in Britain and elsewhere who have staked their reputations and careers on the safety of MMR and they are willing to do almost anything to protect themselves.”

When rats are caught in a corner, they bite. Liars are like that too. So take your stand against them. Refuse Big Pharma. Find clean food. Say no to censorship.