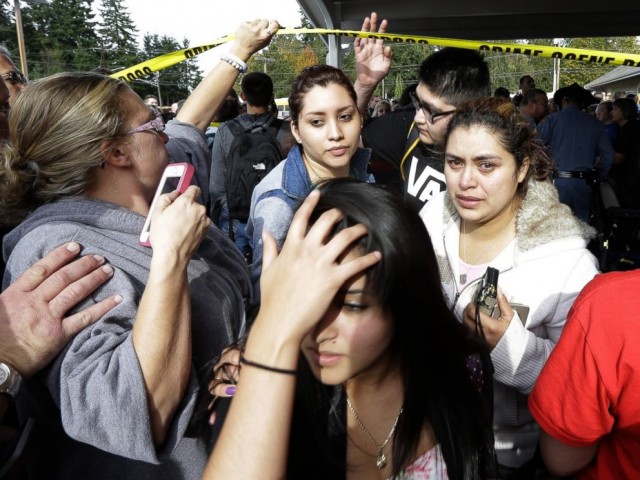 The death and destruction of the psychiatric treadmill is only now being comprehended. The link between students taking SSRI drugs and then shooting classmates and teachers is growing. Families seeking help for what may be a mildly overwhelmed or depressed teenagers, have found their loved ones homicidal and/or suicidal with the end result ending in tragedy, whether a school shooting or the individual taking their own life.

This seven-minute video is an excellent, but difficult compilation of the end result of pill pushing and blind trust in Big Pharma.

Voices are rising against the tide of these dangerous substances and the irrationality of thinking that an anti-depressant can actually “fix” anything at all. Dr. Peter Breggin, who has had many decades of practice in the field of psychiatry, has been outspoken in his efforts against the use of SSRI drugs and others: sedative benzodiazepines, the use of anti-psychotics and more. Harvard trained Dr. Breggin has been given the title the “Conscience of Psychiatry.” He’s worked for many years to reform psychiatric practices, providing solid reasoning against the use of psychiatric drugs and electro shock therapy. In this YouTube video, Dr. Breggin shares a powerful testimony as to the serious risks of SSRI drugs and others pushed by the pharmaceutical industry.

“In 2010, he testified before Congress about psychiatric-drug induced violence and suicide in the military. Dr. Breggin acts as a medical expert in criminal, malpractice and product liability suits, often involving adverse drug effects such as suicide, violence, brain injury, death, and tardive dyskinesia… He began testifying in the early 1970s and has been qualified in court 85 times or more since 1987.”

Natural News has been wide-awake to the dangers of psychiatric drugs and the links to suicide and homicide, as well as the pushback from Big Pharma to hide the truth. Here’s an excerpt from a 2014 report:

“A recent report by James Corbett of The Corbett Report unearths some of the extensive history of SSRI-induced suicides and homicides in America, drawing specific attention to a number of mass shootings that have occurred as a result of these drugs. Prozac, for instance, which is often prescribed for attention deficit hyperactivity disorder (ADHD), was responsible for triggering multiple mass shootings at schools during the 1990s and 2000s, while other SSRIs have been linked to similar shootings.

“When horrific events like this occur, their connection to pharmaceuticals is routinely downplayed, almost as a matter of policy. It is apparently better to just keep things quiet in order to protect the drug companies, while millions more of our children are prescribed a class of drugs that has the potential to permanently alter their brain chemistry and cause them to commit these and other violent acts.”

How do you push back against the use of these devastating drugs? Find the truth behind the lies of the pharmaceutical industry. Don’t allow your family to be victimized. And, if you have, find the help of a competent physician or counselor to assist you with alternative therapies, clean food and other healthy remedies. Our bodies are fearfully and wonderfully made, and are built to heal with the right ingredients. Don’t give up.