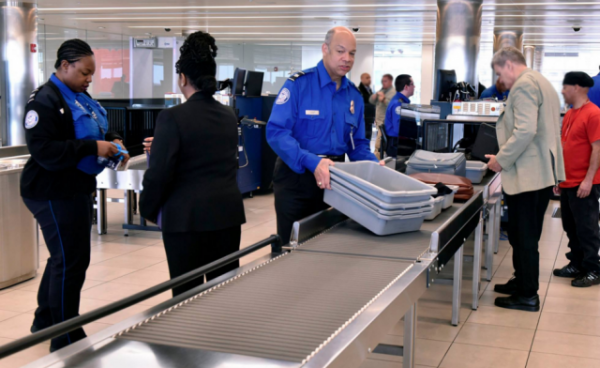 Travelers aren’t the only ones who are tired of being bullied by the Transportation Security Administration (TSA): whistleblowers are speaking out now too.

Today, three TSA executives told members of Congress that poor leadership, a lack of oversight, low morale, and widespread retaliation has led to a culture of fear at the agency.

Mark Livingston, a program manager with the TSA’s office of risk management, told members of Congress:

If you tell the truth in TSA you will be targeted. I call it the Lord of the Flies —either attack or be attacked.

The House Oversight Committee is investigating allegations TSA officials gave hefty bonuses to supervisors who ignored security warnings and retaliated against employees who spoke up by reassigning them and giving them negative performance reviews. Dozens of TSA employees have come forward to speak with congressional investigators about abuses of power.

I am concerned that TSA employees responsible for transportation security, intelligence and analysis fear their supervisors more than they fear a potential terrorist threat.

Unfortunately, I think many people can relate to that.

The TSA does seem like more of a threat than terrorism these days, with agents seizing cheese, conducting invasive pat-downs on 10-year-old children, humiliating people with cancer, stealing from passengers, molesting kids, seizing cash, targeting travelers for “suspicious” behavior including yawning, throat clearing, and whistling, harassing stroke victims and deaf people, and other bizarre and irrational actions that do nothing to make anyone safer, but do much to make air travel extremely unpleasant for people.

All of this ultimately undermines the agency’s supposed mission to help keep the nation’s travelers safe.

The agency has also faced criticism for long lines at security checkpoints, high employee attrition rates and allegations of waste, fraud, and abuse. An inspector general testified last year that at TSA there are problems with technology, procedure, and human errors and that “layers of security were simply missing.”

You should be alarmed and concerned with these issues, because TSA employees are less likely to report operational security threats or relevant issues out of fear of retaliation. No one who reports issues is safe at TSA.

When he raised concerns, Livingston said, his supervisors ignored them and punished him instead. He told lawmakers he was demoted and lost $10,000 from his annual salary after reporting a coworker who was sexually harassing another employee:

They reduced me two pay grades. This action was intended to publicly humiliate me. They sought to make an example of me.

As airports anticipate what may be a record number of passengers this summer, the employees testified that morale was near rock bottom among TSA security workers.

Many airports are complaining that TSA is getting worse, not better.

These leaders are some of the biggest bullies in government. While the new administrator of TSA has made security a much-needed priority once again, make no mistake about it, we remain an agency in crisis.

Witnesses emphasized that the problem stems from a select group of executive leaders who are unqualified and abuse their power, but have managed to keep their jobs.

From 2011 to early 2015, TSA chose, in abundance, unprepared employees to fill key senior leadership vacancies. Many of these leaders lacked any security experience or had ever worked in a field operation their entire career.

The agency was once again ranked one of the worst places to work in federal government, ranking 313 out of 320, reports The Hill.

Andrew Rhoades, assistant federal security director for TSA’s office of security operations, said he was abruptly issued a directed reassignment because a supervisor believed he was leaking information to the local press. He said he was told to profile Somali-American leaders and was accused by a supervisor of “going native” after attending a meeting at a Minneapolis mosque.

All three of the men have run afoul with their supervisors. Livingston has filed a discrimination lawsuit against the agency. Brainard and Rhoades reportedly are under internal review by the TSA.

Should the US invade Melbourne Australia to restore human rights like Iraq?
By News Editors