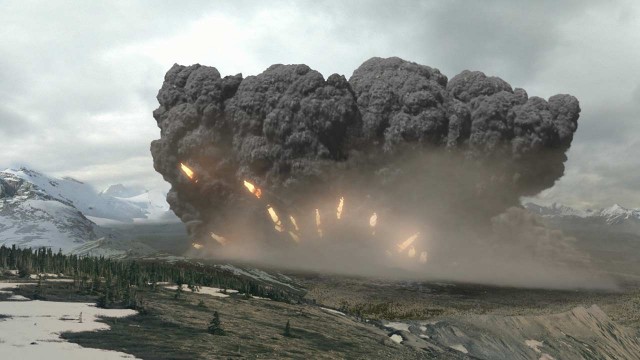 Nearly everyone is aware that if the Yellowstone National Park super volcano ever erupts again, it will ensue a catastrophe of global proportions. But did you know there is another super volcano lurking in our neck of the woods that poses a much greater threat to the United States than Yellowstone did?

Past eruptions at Snake River Plain in Idaho were substantially more violent than geologists originally believed. Researchers from the University of Leicester found approximately 12 mega eruptions occurred within a time-window of four million years, starting 12 million years ago.

These eruptions aided the creation of the 100 kilometer-wide Snake River Basin. The most powerful eruption occurred approximately 8.1 million years ago, reports the Express.

To add fuel to the volcanic fire, the Snake River is located on the Yellowstone Hotspot track, which encompasses an area spanning Nevada, Oregon, Idaho and Wyoming, where the Yellowstone volcano is based.

By analyzing the chemistry of whole-rock and minerals, palaeomagnetic data and radio-isotopic dates, the researchers were able to identify individual eruption deposits and correlate these over massive areas.

By determining these massive correlations, the researchers found that the number of eruptions to stem from the central Snake River Plain was less than half the number previously believed, according to a press release.

The geologists noted that one of the mega eruptions from the Yellowstone hotspot-track, known as the Castleford Crossing eruption, took place approximately 8.1 million years ago and think the eruption volume was greater than 1,900 km3.

Past eruptions bigger than previously believed

Although the researchers slashed the number of previously believed eruptions by more than half, they also discovered the eruptions that did occur were much more violent than originally thought.

Dr. Knott said in a press release: “While it is well-know that Yellowstone has erupted catastrophically in recent times perhaps less widely appreciated is that these were just the latest in a protracted history of numerous catastrophic super-eruptions that have burned a track along the Snake River eastwards from Oregon to Yellowstone from 16 Ma to present.

“The size and magnitude of this newly defined eruption is as large, if not larger, than better known eruptions at Yellowstone, and it is just the first in an emerging record of newly discovered super-eruptions during a period of intense magmatic activity between 8 and 12 million years ago.”